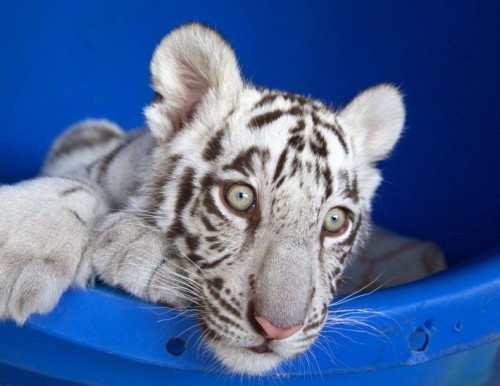 The 15 week old cubs arrived safe and sound in their new home on Tuesday, transferred from Japan under the park’s conservation partnership arrangement with Hirakawa Zoo in Kagoshima City.

Yet to be named, the pair will remain in their purpose-built quarantine facility until mid-March when they will meet their adopted siblings Kai and sisters Adira and Akasha in Dreamworld’s all-new Tiger Cub Kindy currently under construction near Tiger Island.

‘Tiger Cub Kindy’, a purpose-built playground currently under construction near Tiger Island will contain a cub-sized swimming pool and activity areas for the cubs to play safely and interact with the guests.

While the cubs will be on display, Dreamworld’s nine adult tigers are to take a break from public appearances while Tiger Island is redeveloped.

Dreamworld Chief Executive Craig Davidson said Tiger Island would be given a new lease on life but would not give details when it would reopen, or the cost of the revamp.

However, commenting on the new arrivals, Davidson explained that the new cubs were important for the long term sustainability of the park’s interactive tiger program which helps to educate and raise awareness of these endangered species and contributes donations to protect tigers and their habitats in the wild.

Davidson stated “it’s fantastic to secure the long term future of tigers at Tiger Island and see the return of white tigers to Dreamworld.

“White Tigers have lived long and happy lives at Tiger Island since 1995 and we still have their descendants here today.” 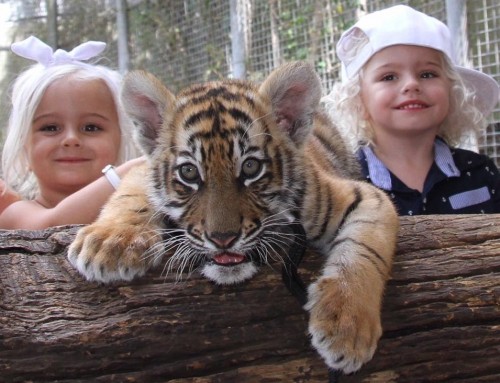 Dreamworld handlers Simon Murray and Dan Hodges had been helping care for the cubs at Hirakawa Zoo since December, with Murray handraising the cubs over Christmas.

Davidson added “this is international zoo collaboration at its highest level - it is a very intricate process.”

Dreamworld General Manager of Life Sciences Al Mucci explained that the cubs “are settling in to their new environment and drinking and eating really well.

“We’re really pleased with the way they have adjusted to the move and I can’t wait for our guests to meet them.”

With less than 3,000 left in the wild, tigers are critically endangered. Dreamworld, through the Dreamworld Wildlife Foundation (DWF), is the largest zoological contributor to tiger conservation worldwide.