Dreamworld to celebrate arrival of the Year of the Sheep 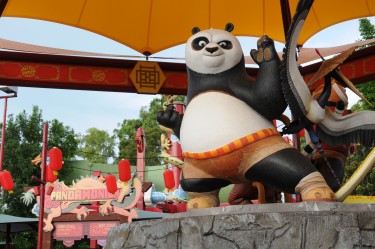 Taking place over 10 days, from Thursday 19th to Saturday 28th February, the daily schedule of celebrations at Dreamworld includes:

• 10.00am guests greeted by Kenny & Belinda in Chinese New Year costume – they’ll make regular appearances throughout the day
• 10.20am traditional lion dance on Main Street
• 10.40am, 11.40am, 1.50pm Aussie songs with Michael Tuahine at Dreamworld Woolshed Arena prior to the Sheep Shearing Show in celebration of Year of the Sheep
• 11.30am Chinese vending cart at DreamWorks Kung Fu Panda Land of Awesomeness (serving yummy Chinese street food) with appearances from Po the Panda
• Billabong buffet restaurant featuring Chinese cuisine

2015 rings in the year of the sheep on the Chinese calendar, so Dreamworld with give the calendar an Australian flavour with its Australian Sheep Shearing show with special guest Michal Tuahine.

Tuahine has performed on some of the country’s biggest stages combining artistic performance and community development and was MC at the opening of Dreamworld’s Corroboree.

For further information go to www.dreamworld.com.au