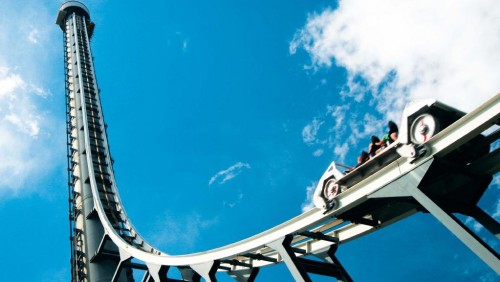 Dreamworld has reopened one of its signature major attractions, the Tower of Terror, for the first time since an October accident at the Gold Coast theme park killed four people.

Another of the theme park’s 'Big 9 Thrill Rides', the Tail Spin, was also reopened today (12th January) after passing a number of independent safety reviews.

Each ride in the park was forced to undergo an extensive, three-tiered testing process after the accident.

After first being passed by the them park’s internal engineering review, they were then the focus of a Workplace Health and Safety audit, and an independent peer review by a British theme park.

Since reopening on 10th December, attendances and profits have been significantly down at what is traditionally one of the Gold Coast’s biggest attractions.

The theme park’s owner, Ardent Leisure, has previously stated it expects all rides to be operating by the end of the month.

Meanwhile 20 were trapped on a rollercoaster at Warner Bros. Movie World on the Gold Coast on Wednesday.

A mechanical issue forced the Arkham Asylum rollercoaster to a halt mid-ride during the middle of the day stranding riders for about an hour and 40 minutes.

Firefighters help to bring down 20 passengers, all uninjured.

Movie World General Manager Greg Yong said there was a mechanical issue with a chain, but did not know exactly what went wrong.

Yong told the ABC “due to the time it will take to rectify this issue, we have decided to do an evacuation of the ride.

"This is a process we have drilled for fire services.

"There were no injuries with any guests on board."

Workplace Health and Safety are investigating the incident with heat suggested as being the reason for the malfunction.

The ride has been closed but the theme park remains open.