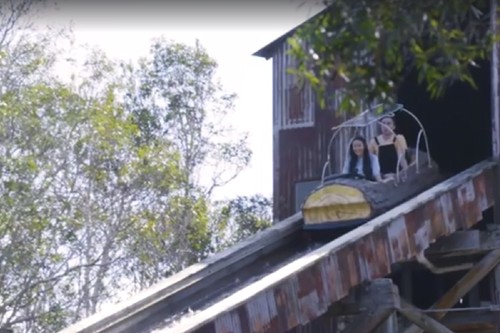 Dreamworld’s Rocky Hollow Log Ride, one of the most popular rides at the Gold Coast theme park, has reopened more than a year after a serious safety incident.

With the incident having reportedly involved a rider being ejected having chosen to stand up while it was in operation, the flume ride’s log carts are now equipped with metal frames and perspex canopies.

In a video to mark the ride’s reopening, a spokesperson for Dreamworld said the canopies had been added “to prevent riders from standing up during the ride”.

Both the Thunder River Rapids ride and the Rocky Hollow Log Ride were two of the oldest attractions in the park.

The Rocky Hollow Log Ride is 35 years old and has been operating since the theme park, Australia’s largest, opened.

However, Dreamworld’s updates to the Rocky Hollow Log Ride have been slammed by theme park enthusiasts website Parkz.com.au. 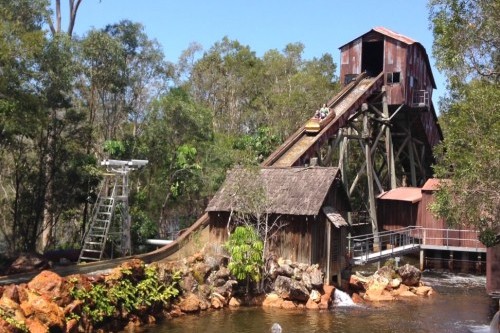 In a scathing Blog, Parkz states that “Dreamworld's Log Ride modifications are a symbol of everything wrong with Ardent Leisure", adding “the newly reopened Rocky Hollow Log Ride is a clear example of ignoring every other theme park operator in the world to come up with an untested and overly complicated safety improvement. It's why Ardent Leisure need to bow out of the theme park game.

“Dreamworld have acted to prevent future incidents on Rocky Hollow Log Ride like the one that occurred on the ride in April of 2016 but everything about these canopies is wrong.

“No other theme park has ever embarked on a safety feature like this on a flume ride. It's unprecedented in all the wrong ways: a clear symbol of many years of inadequate investment and eschewing industry best practice.

“No doubt driven by minimal cost, Dreamworld elected to install a steel frame on the 35 year old fibreglass log boats and mount a sliding canopy to each. They're certainly not the first theme park to address the issue of riders standing up, but they're the only theme park - anywhere in the world - to settle on such a low-cost, overhanded approach. Leading water ride manufacturers like Intamin, WhiteWater or Mack Rides certainly don't offer these kinds of safety feature.

“Indeed any industry observer should look at these canopies for what they are: tasteless, clinical and everything you'd expect from a theme park that routinely makes changes or additions based on dollars and cents, in total isolation from what other responsible operators do in the theme park industry.

“The only goal here was to get the Log Ride open quickly and cheaply.” 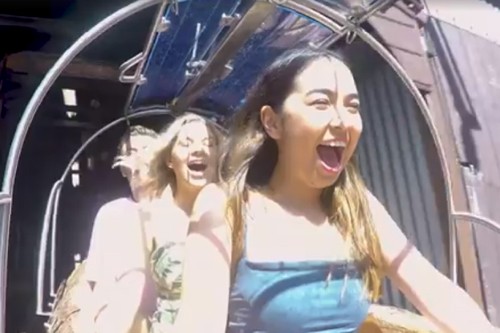 Referring to several members of the Ardent board of directors having travelled last year to Disney theme parks in the USA, Parkz adds “they definitely didn't come across any crude cage-like canopies on Disney's many safe, world-class flume rides.

“Indeed Disney addressed the issue of riders standing up on Splash Mountain by modifying their boats many years ago to feature individual backrests and a high back on the boat. They don't stop riders standing up, but they do mean it's essentially impossible to lose your balance and fall out. It's moulded into the log-inspired design of the boat to the point where you wouldn't even notice the safety feature if you weren't looking for it.

“Individual backrests and a high back on the boat is how Disney addressed the same issue that Dreamworld's canopies attempt to. Every flume manufacturer in the world now offers these features as standard.

“It's perfectly understandable that a 35 year-old log ride that was built and designed in-house will need ongoing work and improvements to remain safe.

“In situations like this, logic dictates that theme park operators engage with industry leaders to develop a proper, modern replacement of the safety systems, the boats or even the entire attraction if it comes to that. The experience and knowledge Dreamworld has pales in comparison to that of modern manufacturers who have built hundreds of rides around the world. To suggest otherwise would be nothing short of arrogant, foolish and misleading.

“It's simply wrong for Ardent Leisure to think that they know best, but it's what you expect from an operator that has never shown much interest in running a theme park like a theme park.”

This week has also seen Dreamworld reopen another one of its ‘big nine’ thrillseeker rides, the WipeOut.

As a result, all rides at the theme park are now  at full operational capacity again.

Image: Dreamworld’s Rocky Hollow Log Ride with its new canopy (above and below) and the Ride prior to modifications (middle).