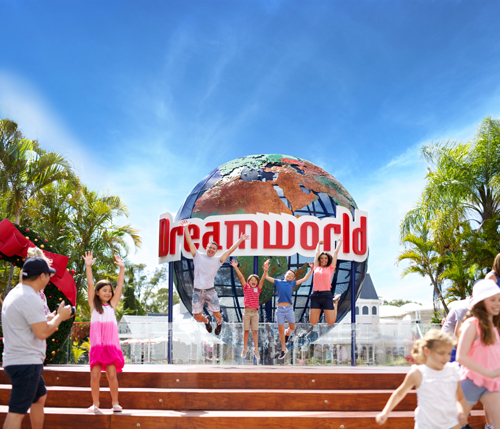 Marking the one year anniversary of the incident that led to four fatalities on its Thunder River Rapids ride, about 200 Dreamworld staff yesterday gathered for a commemorative ceremony at the Gold Coast theme park.

Led by a local pastor, colleagues gathered arm-in-arm to honour the four guests who died on the previously popular ride on 25th October last year.

Staff laid wreaths while, outside the theme park, local residents left their own floral tributes and handwritten cards for the victims.

While Dreamworld’s parent company Ardent Leisure made no statement about the anniversary, Dreamworld’s Facebook page advised “this is a difficult time for all concerned. Our hearts and thoughts remain with all those affected by the tragedy.”

It has also been reported that Ardent Leisure is denying liability in a lawsuit over the deaths.

Ardent is reportedly refusing to admit liability for the suffering of families of two of the victims, Canberra mother Kate Goodchild, aged 32, and her brother Luke Dorsett, aged 35.

Lawyers for a number of family members, Canberra law-firm, Aulich Civil Law, last year gave Ardent Leisure notice of their intention to make claims for damages for personal injury, wrongful death, and loss of dependency arising from the accident.

Ardent has also received a notice of claim with respect to the estates of Goodchild and Dorsett.

More than 10 months later, Ardent Leisure continues to deny liability for the majority of the claims.

The future of the theme park is understood to be a major topic at Ardent’s upcoming annual general meeting, being held in Sydney on November.

The company’s new-look board will face shareholders with a lack of significant investment in Dreamworld, a sluggish recovery in attendance and a $62.6 million loss in the 2016/17 financial year to feature.

In the 12 months since the fatal accident, the company that heads Dreamworld and WhiteWater World has had three chairmen and two chief executives.