Dreamworld defends safety record after revelations of past breaches

Ardent Leisure is defending the safety record of Dreamworld following the publication of documents that show previous allegations of safety breaches at the popular theme park.

Four park guests died as a result of a malfunction on Dreamworld’s Thunder River Rapids ride on Tuesday. Two of the dead, all of whom were adults, were flung from the raft while two others got caught in machinery at the end of a conveyor belt carrying the raft.

Two children on the ride were thrown clear of the fatal incident.

With Queensland Police investigating possible criminal negligence charges, the ABC has revealed more than 150 pages of documents from Queensland Workplace Health and Safety (QWHS), showing safety concerns at the Gold Coast attraction dating back to 2012.

In one of the documents, from October 2012, a safety inspector from the Australian Institute for the Certification of Inspection Personnel said Dreamworld did not produce evidence of having a quality management system in place.

His report declared 13 rides, including the Thunder River Rapids, "not fit for service" over their air receivers, or compressors, which needed to be registered.

However, the Queensland Government ruled soon after that the air receivers, which is not suggested to be linked to Tuesday's accident, did not need to be registered separately to the amusement ride.

Despite the ruling, the inspector, Shaun Langdon told the ABC that his concerns about safety remained, because no accident plan to resolve issues had been put in place.

The Australian Workers Union has criticised the theme park for its management culture and accused the management of ignoring safety concerns. 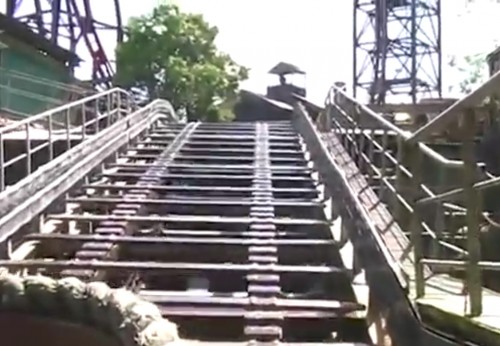 It had applied for the QWHS documents twice in the past year and a half, but only received the redacted version, which the ABC also used for its article.

While the theme park fought the documents' release, the Federal Government's information commissioner overruled to say any accidents were in the public's interest.

With similar rapid river rides operating in theme parks around the world following the Dreamworld incident, Busch Gardens theme park in Florida, USA its rapid river ride while they "worked with other park operators and ride manufacturers to understand what happened in Australia".

While their Congo River Rapids ride was closed, the park Tweeted that it was reviewing its operating and safety procedures.

In a new message on Twitter yesterday (27th October) it advised "the review has been completed and the ride has reopened today.”

In addition, a statement from Ardent to the Australian Stock Exchange advised “Dreamworld would like to assure the public and our guests that at the time of the incident the park was fully compliant with all required safety certifications.”

In addition to the Queensland Police report for the coroner into Tuesday’s fatal accident: a workplace health and safety inquiry is being conducted by the Queensland Government while Dreamworld’s is undertaking its own internal report.

With investigations underway, there has been widespread speculation about the history of the Thunder River Rapids ride and modifications made to it since its opening in 1986.

While resembling rides built my acknowledged international manufacturers, it would appear that Dreamworld’s ride was largely built in-house, with the Australian Financial Review reporting that a Sydney-based company, Master Glass Industries, confirming that it made the fibreglass vessels for Dreamworld more than 30 years ago. 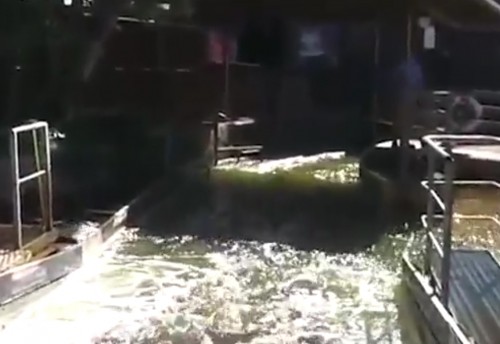 Construction manager Glenn Smith said his father, who had worked with Dreamworld co-founder John Longhurst in the 1960s, was commissioned to supply the vessels to the new theme park in 1983.

Smith said the specifications for the vessels - which later had rubber tubing attached to the base - were passed on from Dreamworld and the order was delivered in 1984.

He said they had not made any more vessels since then.

Smith told the AFR “we built the original vessels but we've never been asked to reproduce them.

"You see something your family built – and built with pride – it's a shock. But there are so many factors playing into what happened, such as conveyor belts and water pumps. But we played no part in that. We just made the vessels according to someone's specifications."

Smith said he had not been contacted by police or forensic officers since the tragic incident.

It would also appear that modifications were made to the Thunder River Rapids conveyor belt lift that saw the removal of wooden slats that support rafts on the journey up to the unload platform.

Explaining this movement at the Parkz website, Richard Wilson wrote “like many river rapids rides, Thunder River Rapids features a conveyor belt style lift hill to transport riders to the highest point of the ride.

“In Thunder River Rapids' case the load and unload platform is its highest point so the lift hill occurs at the end of the ride.

“The conveyor belt style system consists of a series of wooden slats that the raft sits upon with friction alone, letting water drip from the rafts back into the channel below as they are slowly lifted up the gentle hill to the unload platform.

“Thunder River Rapids, as it appears as far back as 2008 until present, features fewer wooden slats than most similar rides. Two spacer blocks of wood exist where it appears full slats would once have sat, leaving large voids in the conveyor belt."

Home movie footage, viewable on YouTube, shows that as far back as 1993, many more slats were present on the lift hill, leaving Wilson to suggest that "at some point between 1993 and 2008, it would seem that the lift hill was modified and the gaps between each slat was significantly increased. The reduction in the number of slats makes Thunder River Rapids somewhat different to most similar rides around the world.

“It is believed that Tuesday's incident was caused by the raft getting caught behind a stationary raft and flipped by the moving conveyor belt.”