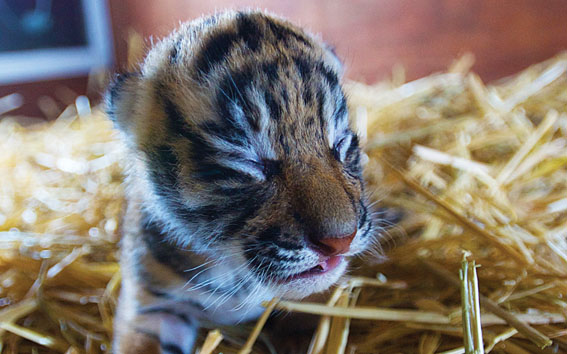 Yet to be named and weighing 1.296 kilograms, the cub is the offspring of Tiger Island residents nine-year-old female tiger, Nika, and 11-year-old male tiger, Raja. His birth on Saturday (25th July) marks the fourth litter of cubs to be born at Dreamworld since Tiger Island opened 20 years ago.

Veterinary checks have confirmed both mother and cub are well.

The announcement headlines Dreamworld’s Global Tiger Day celebrations today and this Sunday (2nd August) where guests can support tiger conservation by purchasing balloons for the tigers to pop on Tiger Island or by joining the park’s Adopt-a-Tiger program, raising funds for the Dreamworld Wildlife Foundation (DWF).

A delighted Dreamworld Chief Executive Craig Davidson said the birth of the cub was a significant occasion for all involved in the park’s interactive tiger program and a highlight for the 20th anniversary of Tiger Island.

Davidson explained “this long-awaited and important cub is the first of our new generation of tigers, critical for sustaining our interactive tiger program at Dreamworld that supports saving tigers in the wild.”

Guests can see the cub in his den box via five television monitors at Tiger Island.

The cub will be on display in the Tiger Island nursery from mid-August before being introduced to his adult counterparts on Tiger Island in September.

Dreamworld’s General Manager of Life Sciences and Director of 21st Century Tiger, Al Mucci said the cub birth had been a carefully planned event that started more than three years ago when the European Endangered Species Program (EEP) coordinator recommended transferring Nika from a Polish Zoo to Dreamworld for breeding purposes.

Mucci said Tiger Island and Life Sciences staff were conducting daily health and weight checks on the cub and were happy with his progress, adding “it is vital that our Tiger Handlers develop a strong bond with the cub from birth to ensure they continue to accept direct contact from humans as part of the interactive Tiger Island experience.

“This gives our guests a deeper understanding and appreciation of these majestic animals and encourages empathy for the plight of tigers in the wild.” 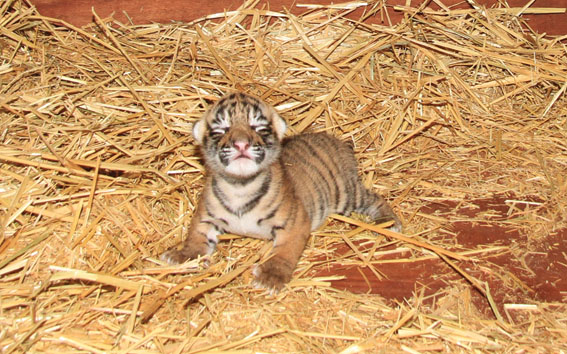 A percentage of monies raised from all Dreamworld tiger experiences - including walks and photos – is allocated to the Dreamworld Wildlife Foundation (DWF) which directly supports key projects that actively work to save tigers in the wild.

Mucci added “to date, we have donated more than $2 million to wild tiger-related conservation projects, making Dreamworld one of the largest zoological contributors to tiger conservation world-wide. With a particular focus on projects in Indonesia, Russia and Nepal, beneficiaries have included 21st Century Tiger, the Phoenix Fund and Flora and Fauna International.

“Without this support, there would be less tigers in the wild.”

Celebrating its 20th anniversary this year, Tiger Island is now home to 12 tigers (11 adults, one cub).

Having overseen the birth of more than 30 tiger litters in his career, Tiger Island Manager Patrick Martin-Vegue said Nika’s pregnancy was more challenging than others as she was a ‘non-contact’ tiger.

Martin-Vegue stated “reproductive biologists from the University of Queensland, Gatton Campus assisted with faecal analysis to identify elevated levels of progesterone to confirm ovulation and when Nika fell pregnant.”

Dreamworld’s Life Sciences team were able to monitor Nika’s pregnancy closely with staff staying overnight at Tiger Island and through ‘Cub Watch’, a technology-based application specially developed for the park with live links to three cameras in the den box.

Martin-Vegue concluded “knowing how rare these amazing creatures are, it’s always an incredible but nervous time for all of us welcoming a new cub into the world.

“Nika had already had two litters before she came to Dreamworld and we were confident everything would go well.”

Nika will be back on public display soon in the Tiger Island Lair. The cub is expected to grow at approximately one kilogram each week.

Dreamworld is an active member of the Zoo Aquarium Association, the peak body representing the zoo and aquarium community throughout Australasia.