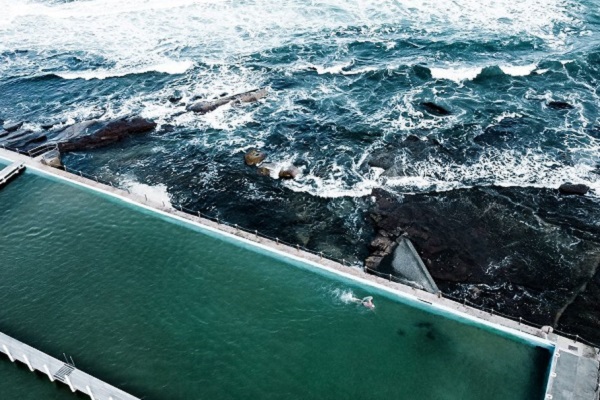 A documentary celebrating the heritage and culture of the rock pools of Sydney's Northern Beaches is currently being filmed and edited.

Filmmaker Tikky Hes, of Manly’s Hes Gallery, became captivated by the area’s local ocean pools when she moved to the area from the USA four years ago.

Hes recently told the Manly Observer, “I noticed many others that also used the pool and began talking to them.

“I picked up on common themes and started to think about the pools’ stories and histories. Given the area’s beauty and the stories surrounding the pools, I thought there may be a way to share these stories with others. I had recently studied at the Australian Film, Television and Radio School so I began to think about putting a documentary together.”

Hes, who only learnt to swim properly after moving to Australia and taking to the waters at Manly’s Fairy Bower rock pool, has used the transformative experience as the basis of her celebration of the distinctive ocean and rock pools.

Hes has been filming ‘This Is My Pool’ alongside a fellow ocean swimming enthusiast, Anna Trichet-Laurier, while also building their skills in the local scuba diving scene.

Trichet-Laurier, an accomplished videographer and film production technician, moved to Australia from France almost seven years ago and is an avid user of the Queenscliff rock pool.

She also recently completed work as a producer and researcher for National Geographic documentaries, including Mick Fanning’s Save This Shark.

In particular, Hes is keen to hear from women who used the Dee Why rock pool during the Second World War, or their descendants, in the light of Dee Why’s main rockpool recently being renamed the Isa Wye Rockpool. 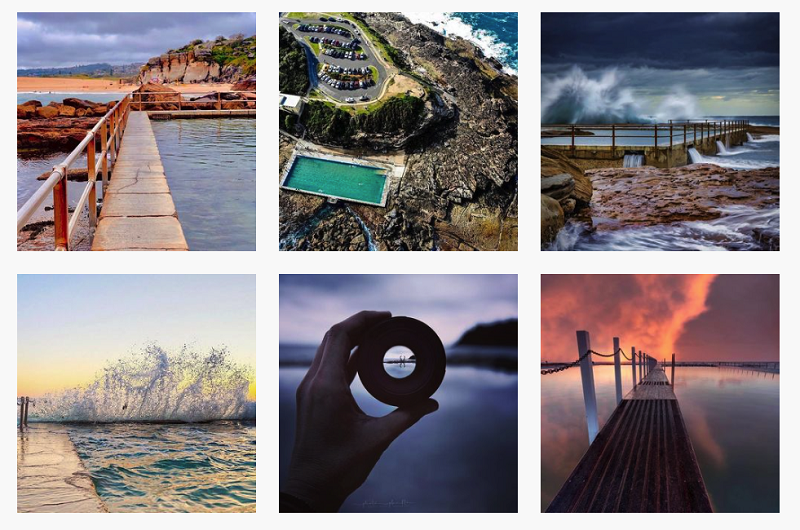 Wye championed women’s swimming in the area and was part of the Dee Why Ladies’ Amateur Swimming Club for a staggering 85 years.

Hes and Trichet-Laurier assert that while ‘small stories’ can seem insignificant at first, they can often reveal more, or at least a greater depth, about an era or an event than the history books.

Hes added “the pools make a significant contribution to creating a community that feels more like what you would find in a country town than part of the most populated city in Australia.

“Of course, locals know of the pools, but few would know the heart-warming stories that lie beneath each of them, stretching back to the early 1900s. This documentary will explore the rich texture of this part of Australian society.

“It might also be a good way to promote the natural beauty and inclusive, relaxed spirit of the Beaches to tourists, who we will desperately need back in the post-COVID era.”

Over the past century, rock pools have been an important part of life on the Northern Beaches, creating a place for locals to meet their neighbours, create friendships and swim in safety.

‘This Is My Pool’ will lead the viewer on a journey that explores the characters who have contributed to the rich texture of this part of Australian society. Their family histories, their lives and loves, experiencing both hardships and happy times.

The film will also look at the history of the pools in the Northern Beaches from an Indigenous perspective, and address the impact of the Second World War and the sacrifices made in particular by the women left behind while their husbands fought in faraway lands.

It will demonstrate the Northern Beaches to be an inclusive community, welcoming children from the bush, teaching them valuable skills as well as exploring how the rock pools have been an integral part of generating the volunteering spirit connected to surf lifesaving.

Hes points out that the pools are not only loved by locals but have been enjoyed by countless visitors from overseas. In a post-COVID world, she hopes that the documentary will serve to help stimulate domestic and international tourism to the local area by showcasing the unique beauty of the Northern Beaches of Sydney, Australia and the welcoming, relaxed spirit of its people.

Filming will resume in early February and it is due for completion in May 2021.

To learn more about the project visit www.northernbeachesrockpools.com.

Images: Narrabeen Rock Pool (top) and a collection of images from the @northernbeachesrockpools instagram account, created by the documentary makers (below).