Disneyland Shanghai draws a million visitors prior to opening 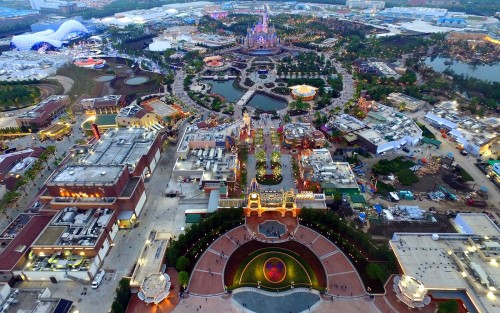 In advance of its scheduled opening on 16th June, the Shanghai Disney Resort has already welcomed nearly one million visitors.

Since the park opened its subway stop on 26th April, more than 960,000 people have travelled to the non-ticketed areas of the park, such as its lake and selection of retail offerings.

Liu Zhengyi, Deputy Director of the administrative commission of the planning zone where the Disney resort is located, said at a park briefing on 2nd June that about 110,000 people visited the park over the May Day holiday weekend.

The US$5.5 billion Disneyland Shanghai theme park and resort is Disney's first theme park on the Chinese mainland and its sixth resort destination worldwide.

The Chinese Government has done its best to welcome the attraction to Shanghai in recent months, granting a special trademark to crackdown on unauthorised and counterfeit Disney properties, while also shutting down more than 150 industrial sites heavily polluting the atmosphere near the park. The government has also introduced a tourism zone, new agriculture, public services and eco-friendly sectors around the park site.