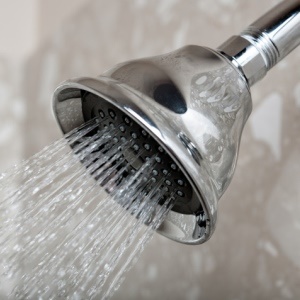 The worst drought in a century is forcing the most stringent water restrictions ever implemented for Cape Town, South Africa's second largest city, and having a major impacting on fitness clubs.

With the Western Cape region declared a disaster area at the end of May, gyms have closed steam rooms and saunas and may soon introduce a two-minute limit on shower usage.

The decision by Virgin Active Health Clubs that they would be shutting their steam rooms and saunas in the Western Cape clubs, a move they estimated would save 650,000 litres of water per month, was not met with an entirely favourable response from members.

Coupled with that announcement, the fitness group also said they were going to stop filling their swimming pools. As a result, if water levels drop to a level where pools can no longer be safely used, they will shut them down as well.

One of the main questions is whether a downgrade in facilities will see membership fees discounted accordingly, but replies from the company on social media indicate this is unlikely.

According to Virgin's Head of Changing Business for Good, Wesley Noble, the situation "has really focused our minds and we calculate we’ve saved as much as 10.5 million litres in the region, which is the equivalent of seven extra glasses of drinking water for every resident in the Western Cape".

Virgin Active isn’t the only gym implementing water saving measures at their facilities.

Santie De Kock, Zone Fitness’ National Marketing Manager, said they too have been driving for members to save water while at their respective clubs.

De Kock advised “we've reminded our members that we need to save water, and all bathrooms have notices in them.

"With level four restrictions implemented, we’ll be driving more awareness campaigns and include some general information on how our members can save water at home as well.

"Our facilities do not have swimming pools and our initial evaluation of saunas and steam rooms did not indicate a high use of water at all, but we have since identified the cleaning of the facility might.

"We are now considering alternative cleaning methods, but if none are suitable, we will consider closing the two steam rooms and three saunas we have in total as well."

A while back, Virgin Active started their water saving initiative and replaced their shower heads with eco-showerheads which use about 30% less water, but the company won’t shut down showers altogether.

"Because the showers are fitted with low-flow eco-showerheads, we believe the drop in litres used, is a reasonable compromise. Most areas where we have saved water have not impacted on our members’ experience."

Cape Town currently has less than 10% of its useable water remaining for its nearly four million residents and has implemented Level 4 water restrictions, which ask residents to limit daily usage to 100 litres per person. The measure is meant to reduce demand and conserve what little water is still available, and means significant sacrifices for residents.

26th April 2017 - WOW WIPES ROLL OUT ACROSS CLUBS AND FACILITIES