Disability no barrier for live music in Sydney 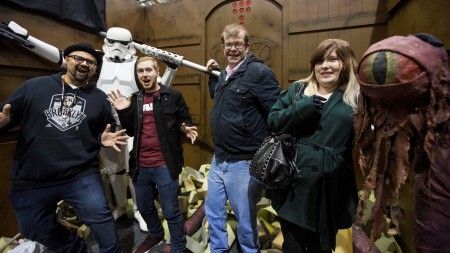 The City of Sydney is supporting a pilot program that aims to increase access to live music and performances for people with disability.

Through a $20,000 sponsorship, the City is supporting the Gig Buddies program which pairs people with and without a learning disability to attend performance and live music events together.

It is supported by the City’s Inclusion (Disability) Action Plan 2014-2017, and Live Music and Performance Action Plan, which advocate participation of people with a disability as audience members and artists in arts programs.

Introducing the program, Sydney Lord Mayor Clover Moore stated “people with disability make a great contribution to our city, so it’s important that our policies and facilities promote inclusion.

“Inclusion and opportunity are two of the most basic fundamental rights, and everyone deserves the chance to have access to services, facilities and events.

“It is great that the Gig Buddies program will be inclusive to all people, no matter their level of ability.”

“The City values the important role the arts and creative industries play in strengthening our local economy and enlivening our communities. We want Sydney to be as accessible and enjoyable for everyone.”

Since October 2013, ACL has been working with the UK charity Stay Up Late, who developed the original program, to create the Gig Buddies Sydney Program and establish the service within the Sydney metropolitan area.  The purpose of the pilot is to demonstrate its viability, promote and generate interest in the service within disability and live music communities and refine rollout procedures and policies.

ACL estimates the pilot will recruit 16 volunteer Gig Buddies paired with 16 service users, with the figures to be increased by 50% at the conclusion of the pilot in October 2015.