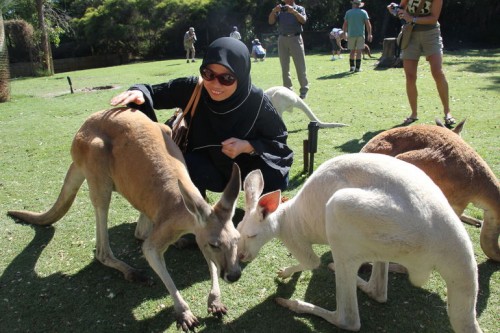 Leading tourism policymakers and industry stakeholders have held their first Tourism Access Working Group (TAWG) meeting for 2017, to ensure Australia’s tourism sector continues to grow and the government and industry are on track to meet Tourism 2020 targets.

Williams explains “the working group takes a comprehensive and integrated approach to recognising that the needs of the tourism industry must be considered in transport access and infrastructure planning.

“TAWG also provided an opportunity for tourism stakeholders to raise policy priorities with the government that support tourism growth and contribute to the achievement of Tourism 2020's objectives.”

Tourism 2020 is a national strategy to grow the tourism industry and was developed to respond to ongoing challenges and emerging opportunities for the sector.

Williams adds “the aim is to achieve the Tourism 2020 target of doubling overnight expenditure of domestic and international visitors to between $115 and $140 billion by 2020.”

TAWG discussions focused on a range of tourism access matters, which included Australia’s aviation policy settings, the competitiveness of Australia’s visitor visa regime, opportunities to further streamline the traveller experience at the border, and the impact of government taxes and charges.

Williams said Minister Ciobo emphasised the importance of close collaboration between the Government and the tourism industry, and highlighted a number of recent tourism access developments, namely:

• Open aviation arrangement between Australia and China, which removed all capacity restrictions between Australian and Chinese airlines;
• The commencement of visitor visa trials, such as the 10-year multiple entry visa for Chinese nationals and online lodgement in simplified Chinese; and
• The rollout of SmartGate for departing passengers at Australia’s major international airports.

The next TAWG meeting is planned for the second half of this year.