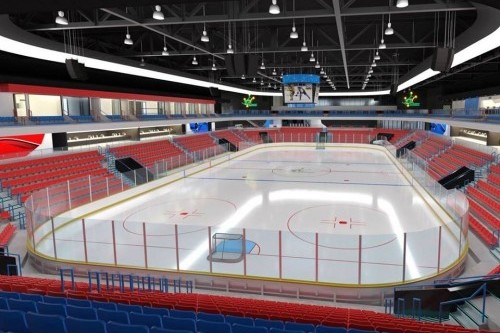 Ice Rinks Adelaide - the company behind a planned $40 million ice sport and recreation centre at Playford in Adelaide’s north - is proposing a second similar venue for a site in the southern suburb of Marion.

Ice Rinks Adelaide Director, Stephen Campbell, has approached the City of Marion about a proposal, which, if approved, would replace the 9000 metre² site currently used by the Marion Croquet Club.

Prompted by Campbell’s interest, at the end of last month the Council voted to call for expressions of interest from sports and community groups interested in buying or leasing the site and developing it for recreational use.

As reported by the CoastCity Weekly Messenger, Campbell is interested in four sites for a southern Adelaide centre, but Marion was at the top of his list due to its good links to transport and the nearby Westfield shopping centre.

For the southern Adelaide centre, Ice Rinks Adelaide plan a $25 million facility with two rinks for ice-skating, sports such as hockey and curling, and a rock-climbing wall.

Outlining the facility, Campbell told the CoastCity Weekly Messenger “we’d have two Olympic-size sheets of ice - one dedicated to sports uses and one for recreational skating and an area for rock climbing.

“We also have plans for one or two activities that the site lends itself to, so there’s a little surprise in that.” 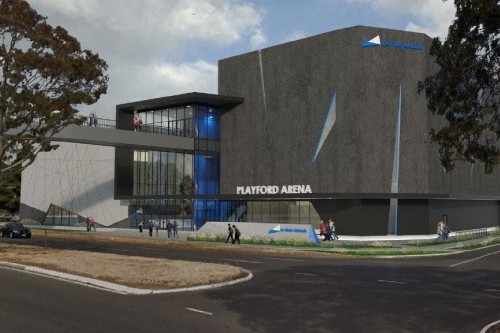 Campbell sees that Adelaide need more ice rinks to cater for demand for sports including hockey, curling, figure skating, speed skating and broomball, adding “the north and south are growing, and if we really want to accommodate young people and get them involved in activity, healthy choices like rock climbing and skating, you need to put new facilities where the growth is occurring.”

City of Marion Development Manager Abby Dickson said the council had “a very high-level discussion” with Ice Rinks Adelaide, concluding “at this stage, it’s about testing the market to see what the opportunities are.

“It’s important to have an open market process to ensure we get the best outcome for the community.”

For more information go to www.icerinksadelaide.com.au

Images: Ice Rinks Adelaide's plans for its Playford venue, due to open in 2020.