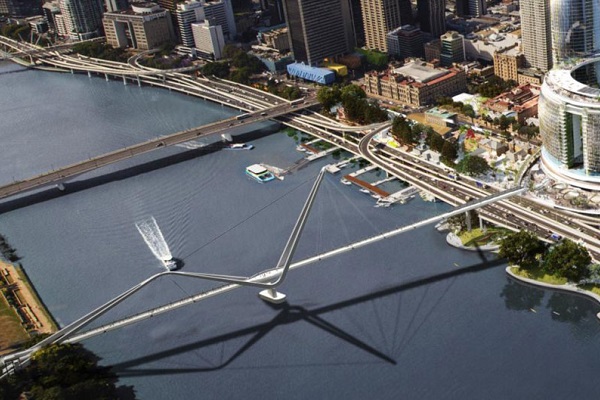 With work on the pedestrian link set to begins in early 2020 and finish two years later in 2022, Minister Jones announced that tenders had closed for the contract to build the new the $100 million construction project and were now being assessed.

Development of the new bridge was included as part of Destination Brisbane's winning tender for the $3.6 billion Queen's Wharf Development. 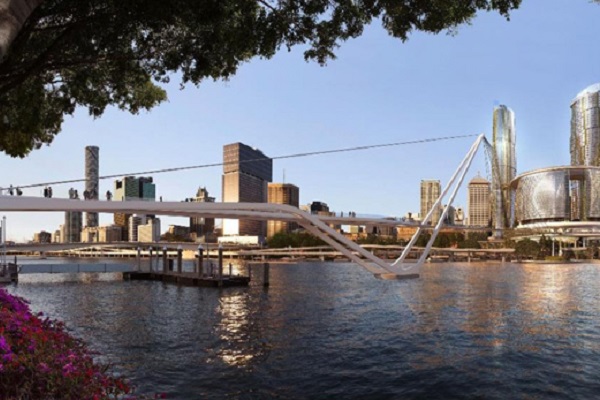 However, Minister Jones confirmed that newer trees will replace the old fig trees at a ratio of 6:1.

Indicative models of the Neville Bonner Bridge show a relatively simple design, featuring what looks like an incomplete ‘M’, and will stand in contrast with the complex structure of the Kurilpa Bridge.

Stage one of construction for Queen's Wharf's new Waterline Park, Mangrove Walk and Bicentennial Bikeway upgrade between 1 William Street and the Goodwill Bridge have also begun.

The Mangrove Walk and Waterline Park public spaces are expected to be finished before Christmas.

Images: Concept designs for the Neville Bonner Bridge, from Queen's Wharf to South Brisbane. Courtesy of the Queensland Government.