Department of Conservation to charge for access to New Zealand’s national parks? 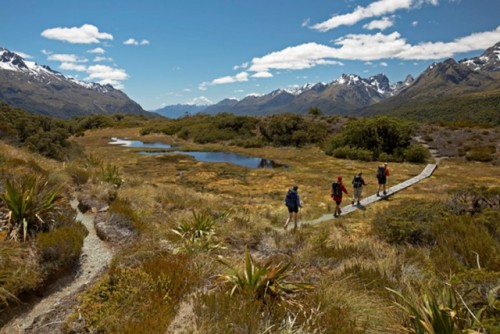 According to a report by Samantha Hayes at Newshub, Sanson is considering the charges having recently returned from South America, noting that Patagonia's national parks manage high demand areas with fees.

Sanson explained "the minimum charge in a hotel in Torres del Paine national park (in Chile) is US$300 and then they had three campsites of 80 people which were free, and if you missed out on those you could go to a concessionaire and hire a tent for $90. And just to access the tracks was $60."

However, with New Zealand tourism booming, DoC is readying itself for a 40% increase in visitors - half of whom will be foreign.

Sanson added “we are going to have to have this debate about who pays for what and I personally favour a differential fee.

"The South American system really has quite sophisticated differential charges. So it's $33 for me in both parks, if you're an Argentinian it's half that and if you're from that province it's $4." 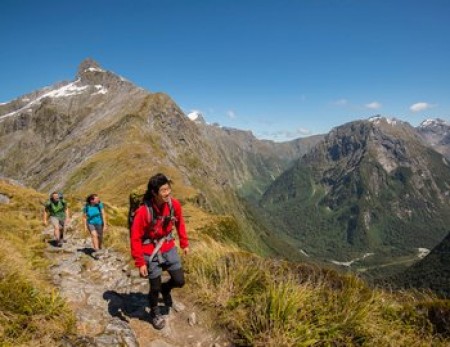 Argentina's asssessment is based on a person’s home address.

He commented “so there are four parks where we could consider an entry charge and that's Milford, Fox, Franz, Aoraki. The other parks it would be too difficult (there are) too many entry points."

Sanson wants New Zealanders to pay far less than tourists and still favours charging for services like beds rather than access.

He concludes “a Routeburn hut might cost you and I $50, and an international tourist double that."

Another option is to charge for services like parking and buses which provide access to the parks.

Images: The Routeburn Track (top) and the Milford Track (below). Images courtesy of Ultimate Hikes.