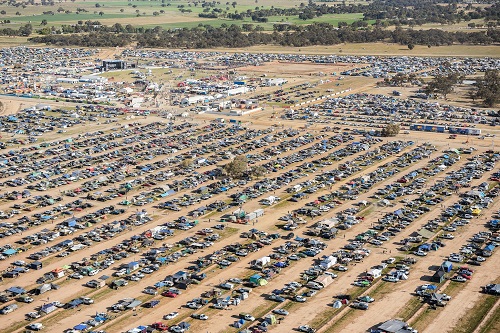 The past two days have seen the Deni Ute Muster celebrate its 20th birthday with international superstar Carrie Underwood performing her only full Australian show to close the event.

The original celebration of modern rural life, the ute and country music attracted nearly 20,000 fans from across the country to Deniliquin in southern NSW.

Kicking off the Friday night’s music was Doug Bruce and the Tailgaters, warming the building crowd up for Kirsty Lee Akers before Gord Bamford hit the stage to rapturous applause. A rising American country star, Gord was actually born in Australia and spent his first five years here. His medley of 80s rock songs resonated with the crowd, emphasising the mix of young and recently young who attend this festival.

Australia’s country sweetheart Kasey Chambers then hit the stage, and recalled that her first time at Deni Ute Muster, in its 2nd or 3rd year, was also one of the first times she performed I’m Not Pretty Enough in her set and the crowd knew all the words, a watershed moment in her career.

Crowd favourite Troy Cassar-Daley, then took the stage for a singalong of his greatest hits before the hardworking Thirsty Merc, belted out a parade of hits to a sea of happy Musterers.

By 2pm the main arena was filled with black and white and yellow and blue for a nail biting AFL Grand Final before Fanny Lumsden and The Pigs got the music menu started. It’s testament to the pulling power of the Muster that at least a quarter of the crowd watching the game were West Coast fans with plenty of Tasmanians, New South Welshmen and Queenslanders adding their support to the rivalry on the field.

Amber Lawrence affirmed her triple threat status with three separate hats across the weekend - MC for the event, performing two morning childrens’ shows as well as a full set on the Main Stage before Busby Marou and Travis Collins took over and kept the crowd warmed up after the sun went down.

International superstar Carrie Underwood, who played her only full concert in Australia on this tour, performed a string of old and new from Jesus Take The Wheel to songs from her recently released Billboard #1 album, Cry Pretty.

Both days provided plenty of action on the Sports Arena with Circlework and the Barrel Races sending up plumes of dust to roaring crowds while the slightly less dramatic Go to Wo, Show ‘n Shine and Best Ute competitions kept rev heads entertained across the weekend. 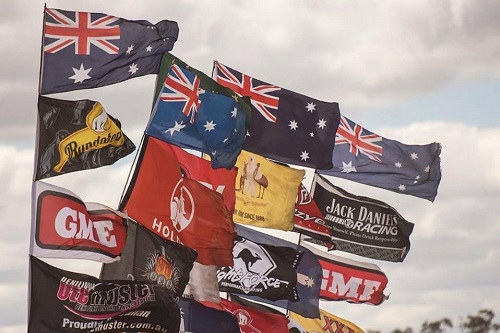 Winners of all events will be announced on the Deni Ute Muster’s Facebook page in the coming days.

This year’s CAT Tradie Challenge was won by the Barham team taking out first prize and a cool, $1,000 cash each for their corrugated security huts which will grace the Muster site in years to come.

The Muster introduced Speed Dating for the first time, with thanks to this year’s charity partner Can Assist, with close to 200 attendees looking for love, or at least a new friend, on Thursday and Friday.

The Deni Ute Muster holds two Guinness World Records - one for the most number of blue singlets worn at the one time, and the greatest number of utility vehicles gathered in the one place. This year’s Blue Single Count was an impressive 2,998 and organisers counted in excess of 7,000 utes around the ground. 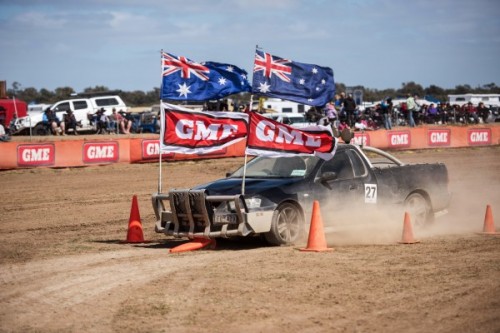 With many younger Musterers headed to the boisterous, curfew free Ute Paddock, families ruled the day with the reserved and unreserved camping areas becoming a sea of caravans, motorhomes and camper-trailers, with the odd swag thrown in for good measure.

The 2018 Deni Ute Muster was proudly supported by the NSW Government through its tourism and major events agency, Destination NSW.