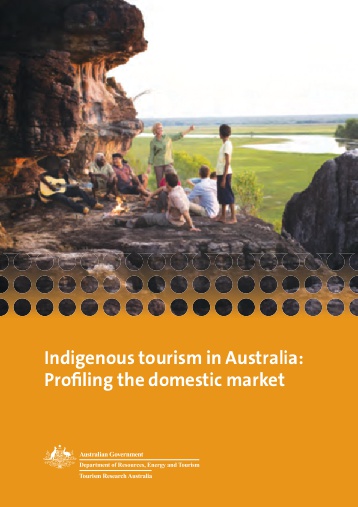 New research shows that over two million Australians participated in Indigenous tourism activities in 2009, staying 16 million nights and contributing $3 billion to the economy.

Commenting on the report, Federal Minister for Tourism, Martin Ferguson stated "this report provides Australiaâs tourism industry with a detailed analysis of market gaps and opportunities which exist in Australia, promoting investment in and the development of Indigenous tourism businesses."

The report also examines opportunities for increasing Indigenous employment and participation in the tourism industry through increased marketing. Findings show that 16% of Indigenous visitors were business travellers, presenting opportunities for Indigenous tourism operators to profit from increased connections with the conference and events sector.

Minister Ferguson added "indigenous tourism supports many of our regional communities. Findings show that Australians who participated in Indigenous tourism were more likely to visit regional areas of the Northern Territory, Queensland, Western Australia and South Australia during their trip."

Report findings will be used by the National Long-Term Tourism Strategy Indigenous Working Group to present recommendations on ways the Australian Government can encourage Indigenous Australians to participate in the tourism industry.

The Indigenous Tourism in Australia: Profiling the Domestic Market report can be downloaded from www.ret.gov.au/tra