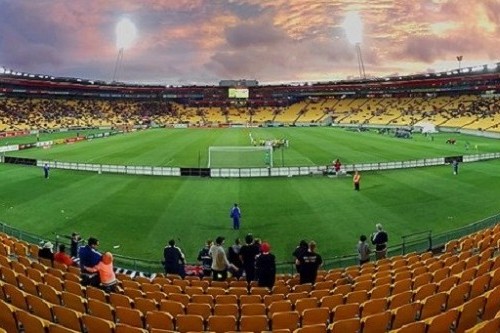 Following the execution of a series of new partnership agreements, Delaware North, one of the world’s largest privately-owned hospitality services companies, has announced an expansion of its operations across Australasia.

Following the recent Australian Open, where it provided hospitality services to a record crowd of almost 750,000 over two weeks in January, Delaware North has recently executed partnership agreements with a range of properties and events.

One of these new agreements is with Wellington’s Westpac Stadium, where Delaware North will provide hospitality services in concessions, corporate boxes and other premium areas, supported by Wellington Hospitality Group.

Already in partnerships with high-profile and iconic locations around the world, including London’s Wembley Stadium, the Singapore Sports Hub, Melbourne & Olympic Parks and Sydney Cricket Ground, Brown added “we’re on the cusp of a growth phase that will create direct and indirect new employment opportunities for hospitality and food services workers, which will translate into economic prosperity for state and local economies, and businesses that are active in hospitality services.”

The string of recent agreements Delaware North has reached with new and existing private- and public-sector partners are expected to accelerate its growth in Australia and New Zealand, especially in the growing pubs and gaming market. These include:

• The acquisition of two Brisbane-area pubs and gaming venues (Shafston Hotel and Aspley Hotel), providing an opportunity to expand the company’s business into the gaming and entertainment industry, which will contribute to its collective think tank of hospitality leadership.
• An extension of its 25-year partnership with Sydney Trains where Delaware North is opening several new food and beverage outlets at Sydney’s bustling Central Station in the first half of 2018.
• After a highly competitive tender, Delaware North will become one of Auckland Airport’s biggest operators, working in partnership with some of New Zealand’s leading hospitality brands.
• A long-term partnership for the operation of Pinewood Lodge in Queenstown, New Zealand, featuring backpacker dorms, lodge-style private rooms and new four-star self-contained cabins.

Around the world, the company’s 55,000 associates serve over half a billion people annually.