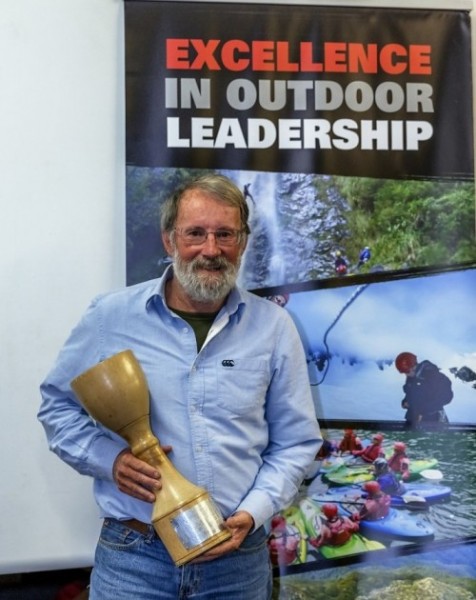 A Bay of Plenty man who has directed some of New Zealand’s most respected outdoor education centres, a Queenstown-based guide who spent a year on a sub-Antarctic island and an inspirational young instructor from the West Coast were among nine outstanding individuals recognised for excellence at the annual New Zealand Outdoor Instructors Association (NZOIA) Excellence Awards.

In partnership with his wife Christine over the past 40 years, Furminger has directed outdoor education programmes across the country. These include Tihoi Venture School near Taupo, Motutapu Island’s Outdoor Adventure Camp in the Hauraki Gulf and St Cuthberts College Kahunui outdoor campus in the Bay of Plenty.

NZOIA Chair Gillian Wratt said Furminger’s contribution to outdoor education had been described by his peers as “gigantic”, stating “John is a legendary figure in outdoor education. He and Christine have made an enormous contribution by connecting tens of thousands of young New Zealanders with the outdoors. They have also inspired and mentored so many who have gone on to become outstanding instructors themselves.”

A new ‘Emerging Guide’ award was introduced this year to recognise a guide who displays great potential, talent and a commitment to a career in the guiding sector. It was presented to Queenstown-based contract guide Cameron Walker for his amazing exploits, which included a year spent on the sub-Antarctic Macquarie Island, wilderness expeditions in Antarctica and Patagonia, and voluntary alpine rescue efforts in the Southern Alps.

Commenting on this Award, Wratt stated “Cameron is a deserving recipient of this first Emerging Guide Award. He has achieved a huge amount in his career already through instructing and has more recently combined this with guiding. His dedication has led him to contribute much of his recent free time to training and voluntary rescue efforts.”

This year’s ‘Emerging Instructor’ award was presented to Rata Lovell-Smith, known to her colleagues as ‘Coach Rata’.

Wratt said the award was well-deserved, and recognised Lovell-Smith’s amazing technical skills and ability to inspire people from all walks of life.

She added “Rata has displayed great ability to connect with people. Her nomination was packed with glowing stories of her ability to inspire people to build new skills in the outdoors. She’s a shining example of what aspiring outdoor instructors should aim for.” 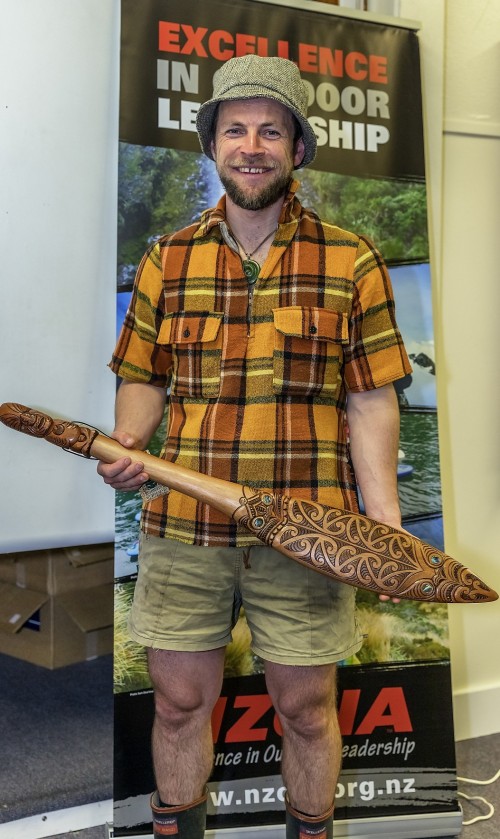 A Tertiary Award for guides and instructors who have shown outstanding potential during their studies was presented to six recipients.

The NZOIA Excellence Awards were presented on Saturday evening at an awards dinner at Rotoiti Lodge in St Arnaud during the four-day NZOIA National Training Symposium, held in the Nelson Lakes region.

The symposium was attended by 130 outdoor guides and instructors. It featured workshops exploring a range of professional development opportunities and revalidation for guides, instructors and assessors.

The Tall Totara award
Recipient: John Furminger (Kahunui, near Whakatane and Opotiki)
This award is presented to an instructor who personifies excellence in outdoor leadership. Tall Totara award recipients are highly respected role models who have contributed significantly to outdoor education in New Zealand.

Over 40 years, John Furminger has worked to develop what are now some of the stand-out outdoor education programmes for young people in New Zealand. These programmes include Motutapu Outdoor Adventure Camp, Tihoi Adventure School and the St Cuthbert’s College Kahunui outdoor education campus. At each of these, he and his wife Christine have improved programmes and mentored young outdoor leaders.

In addition to Antarctic and alpine expeditions, Cameron Walker has made a significant contribution to alpine search and rescue. He has also been recognised for time and effort spent in training and developing his skillset, and is heavily involved in instruction courses for guiding companies, the tertiary sector and the New Zealand Alpine Club. 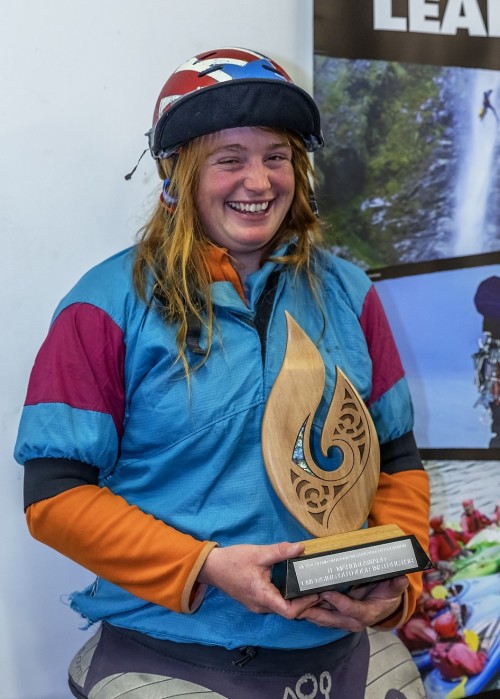 Rata Lovell-Smith was nominated for her outstanding technical skills, and ability to inspire people from all walks of life. She has received accolades from many outdoor instruction companies for her hands-on approach and ability to add value for anyone she works with.

This award is aimed at students in their final year of study who have a passion for outdoor instruction and show great potential for further involvement in the industry beyond study.

This year’s recipients have a variety of fascinating stories, including Dunedin’s Michael Edh, who recovered from a life-changing injury to complete his study at Otago Polytechnic. No less inspiring is Brando ‘Wildboy’ Yelavich, the first person to circumnavigate the coastline of New Zealand on foot, who authored two books and juggles his study at Nelson Marlborough Institute of Technology with his own adventure business.

Tamara Kinast of Hillary Outdoors, Jamie Marr of Aoraki Polytechnic and Aimee Sanson from Whitireia Polytechnic were nominated for their all-round abilities, teaching skills and commitment to study. Kevin Burgess of Tai Poutini Polytechnic was nominated for his success in coordinating a four-day leadership camp for students of Westland High School.

For more information go to www.nzoia.org.nz/about/nzoia-excellence-awards

Images (from top): John Furminger waith his Tall Totara award, Cam Walker with his award and Rata Lovell Smith with her award at the NZOIA Excellence Awards on Saturday night.   All images courtesy of Andy Thompson Photography.