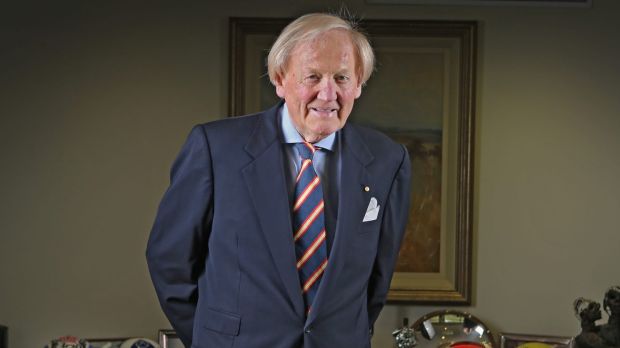 Ron Walker, the man who brought the Australian Grand Prix to Melbourne, has died at the age of 78.

Walker, who served as Lord Mayor of Melbourne, Chairman of Fairfax Media and Treasurer of the Liberal Party, was a prominent businessman who served Victoria in many roles, including as head of the Melbourne Major Events Company which brought the Commonwealth Games to the city.

News of his death was tweeted by former Australian Prime Minister Tony Abbott who said "Australia, Victoria and Melbourne have lost a great son with Ron Walker's passing".

A wealthy businessman, Walker was responsible for bringing the Grand Prix to Melbourne in 1993, luring the event from Adelaide.

His contributions to the community and major events saw him win several honours, including a Companion of the Order of Australia, a Centenary Medal and as Victoria of the Year.

While his name is synonymous with big business, big development and big money, Ronald Joseph Walker had more humble beginnings.

Born in Melbourne in 1939, he attended Caulfield Grammar School and started his first business in a Collingwood backyard making dishwashing detergents and washing cars.

His career went from strength to strength, as he built his fortune in the property and chemical industries and, in 1974, he was elected Melbourne's Lord Mayor.

He served on the council for three years, hosting sporting events and bringing music acts to Melbourne's Moomba Festival.

He was a close friend of former Premier Kennett and was the Liberal Party's National Treasurer from 1989 to 2002.

During that time he was also appointed as the head of the Australian Grand Prix Corporation after orchestrating the event's move to Albert Park.

Attracting the event from Adelaide he stated “recognising our Grand Prix as so important to this state, nothing would have stopped me in the end from securing it for this state."

After that success, former Labor premier Joan Kirner appointed him as Chairman of the Melbourne Major Events Company.

He travelled to more than 80 countries in search of events, adding the Bledisloe Cup, the 2006 Commonwealth Games and golf's President's Cup to his list of coups.

He later recalled “sometimes, I must admit, I'd wake up and wonder what I was doing in some of these countries.”

At the height of his public commitments, Walker's business ventures also flourished.

The company he co-founded, Hudson Conway, was responsible for building Melbourne's Crown Casino.

He later sold his shares for a reported $90 million, but continued to work in property development. 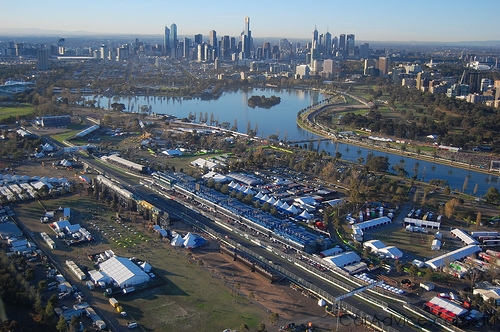 In 2015, his fortune was estimated at just under $1 billion.

However, his Walker's biggest challenge came in 2012.

After having a melanoma removed from his face, Walker returned to work but was soon told his brain and body were riddled with cancer and he should prepare for the worst.

At the launch of the 2013 Grand Prix, Walker's frail appearance shocked many. He would later say it was a mistake to attend.

As reported by the ABC, he refused to give up on life and, later that year, travelled to the US to take part in the trial of a new melanoma drug, Keytruda. It was a trip that would pay off as, by the end of 2014, to the astonishment of his doctors, he was cancer free.

After winning his fight with cancer, Walker pulled back from his very public life, and gave up his position with the Grand Prix.

He remained closely linked with cancer research, and claims his involvement in the trial of Keytruda, which is now used by 1,600 Australian cancer patients, was one of his greatest achievements.

Images: Ron Walker (top, courtesy of Wayne Taylor) and the Australian Grand Prix, which he brought to Melbourne from Adelaide (below).