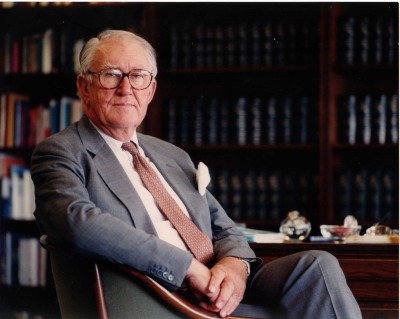 Malcolm Fraser, Prime Minister of Australia from 1975 to 1983, has died after a brief illness.

After a disappointing Montreal Olympics in 1976, when Australia failed to win a gold medal, Prime Minister Fraser’s Government worked on restoring Australian sporting pride, founding the Australian Institute of Sport (AIS), which opened in Canberra on Australia Day 1981.

At the opening Prime Minister Fraser stated "coaches and athletes working together through this institute will, I’m certain, produce great things for Australia and carry Australia’s name high."

Malcolm Fraser was also a champion of the environment.

In 1975, his Government passed the National Parks and Wildlife Conservation Act, with Uluru the first park to be proclaimed under the Act.

His Government prohibited exploration and drilling for petroleum on the Great Barrier Reef in 1979 and in October of that same year declared the Capricornia section of the Reef the first stage of a protected Great Barrier Reef Marine Park.

In 1981, under Malcolm Fraser’s leadership the Great Barrier Reef was inscribed with World Heritage status, along with Kakadu National Park.

In March 1978, the Fraser Government set up an inquiry into whaling, arguing for an end to the practice in Australia. He pushed for Australia to join other nations lobbying for an international ban and in April 1979, Australia’s whaling industry came to an end. 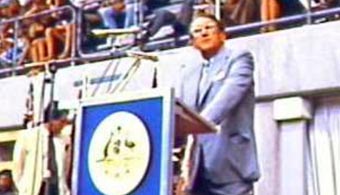 Commending the creation of the Australian of Institute of Sport, Wylie added "more than 30 years since it was opened by Mr Fraser, the AIS remains a global symbol for sporting excellence both on the field of play and in the areas of sports science and sports medicine.

“His vision and commitment to Australian sport when it was desperately needed cannot be underestimated.

“The environment he helped create for Australian sport, with the AIS at its core, ensured the development of multiple world champions over the past three decades.”

As Prime Minister, Fraser supported the boycott of the 1980 Summer Olympics in Moscow. However, although he persuaded some sporting bodies not to compete, Prime Minister Fraser did not try to prevent the Australian Olympic Committee sending a team to the Moscow Games.

Malcolm Fraser was aged 84 at the time of his death

Lower image shows Malcolm Fraser at the opening of the AIS in 1981.