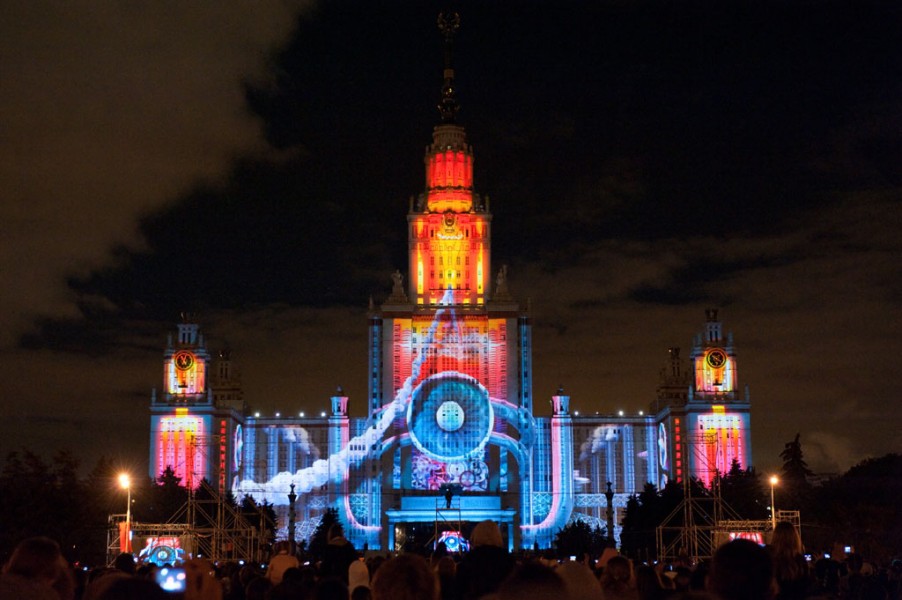 Setting a Guinness World Record, the show integrated unique 4D elements such as live performance, scenic and special effects into the 3D video mapping, and set a new benchmark in live event performance.

For Moscow: A Journey of Rediscovery and Reinvention, DAE transformed the entire 25,500 metre2 surface of Moscow State University into a 3D canvas, using the latest video-mapping technology to create an audiovisual journey through Russia's past, present and future.

David Atkins, Chief Executive of DAE, explained "we were incredibly honoured when Alfa Bank asked us to bring our signature style to Moscow for its Federal City Day.

"It was only fitting to pull out all stops to stage the largest video mapping ever attempted on a building and set a Guinness World Record in the process."

It took more than 1,000 specialised crew, 200 trucks of equipment, 81 video projectors, 2,200 metres3 of purpose-built steel structures, a million watts of sound and 40 massive searchlights to deliver the unique 4D show.

The 30-minute show was watched live by 300,000 people, and culminated in a square-wide celebration with musical group B2.

Subsequently, the Guinness Book of World Records has confirmed that it was the largest video mapping on a building in the world to date.

DAE also provide the video-mapping for the Opening Ceremony of the Rugby World Cup in Auckland, their 30-minute show telling the story of New Zealand and its unique place in the Pacific.

For more information go to www.youtube.com/user/davidatkinsent