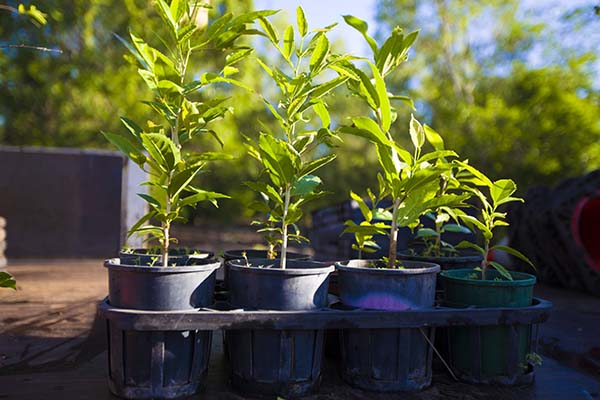 Stage 1 of the City of Darwin’s 4,000 Tree Planting Project, which will see 903 mature trees planted in parks and greenbelts across Anula, Malak and Wulagi, three suburbs particularly hard hit by Cyclone Marcus, has commenced.

Introducing the first of four stages of the project, which is expected to be completed by the end of the 2019/20, Darwin Lord Mayor Kon Vatskalis noted "our focus is on replacing the thousands of trees lost during Cyclone Marcus to create a city that is cool, green and liveable.

“A lot of work has been completed in the city centre and we are now shifting our attention to the suburbs.

“We are committed to achieving a more robust and resilient urban forest across Darwin and the $5.8 million allocated to beautification and tree planting in the 2019/20 budget will see us achieve this.”

A significant number of trees have already been planted since January 2019 and by the end of December approximately 8,000 trees will have been planted.

Lord Mayor Vatskalis added "this is a wonderful achievement by our team and more importantly a terrific outcome for our community.”

Jamie Lewis, Senior Coordinator Parks and Reserves said many lessons had been learnt from Cyclone Marcus, noting "thousands of trees were lost during Cyclone Marcus and it is important that we promote diversity.

“We will be planting trees of varying age, characteristics and size, with a mix of Australian and Northern Territory natives and tropical exotic species, to create a robust urban forest.

Lewis advised "a major focus is putting the right tree in the right place with the right soil and the right watering system.”

Stages 2, 3 and 4 commence in January 2020 and will see planting in all Darwin suburbs.