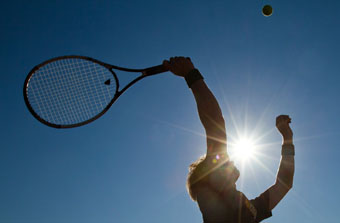 The Northern Territory Government is to make another bid to host a Davis Cup tie in 2016.

The BNP Paribas Davis Cup dates have been announced for 2016 and Australia will be hosting the United States in the opening round next year.

Following the success of hosting the World Group quarterfinal tie between Australia and Kazakhstan earlier this year, Territory Chief Minister Adam Giles stated “this is wonderful news for Australian tennis fans and we would be delighted to host the round in the Northern Territory.

“Our hosting of the quarterfinal tie in August this year was a wonderful success and brought immeasurable international exposure to the Northern Territory.

Northern Territory Sport and Recreation Minister Gary Higgins said the Government would be writing to Tennis Australia to put in a bid.

He added “the Davis Cup this year was another great event in a fantastic year of fixtures from first class rugby league, AFL, cricket and soccer games. All made possible by the Northern Territory Government.

“And, of course, Australia has a 100% success rate playing the Davis Cup in the Territory.

“We know it’s a long shot but we’re going to give it a good red hot go!”