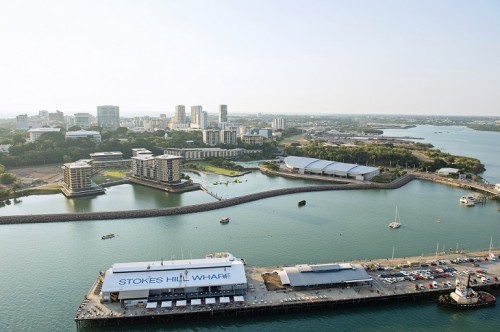 With the support of the Northern Territory Government, an opportunity exists for entrepreneurs that specialise in the leisure, family entertainment and/or tourism industries to establish and operate a commercial attraction on Darwin’s Stokes Hill Wharf.

The aim of the attraction is bring Wartime Darwin to life in a never-before-seen virtual reality and holographic experience taking people into the battlefront during the Bombing of Darwin.

Northern Territory Chief Minister and Tourism Minister Adam Giles said the Northern Territory Government was calling for Expressions of Interest to fit out, lease and operate a major new wartime tourism attraction at Stokes Hill Wharf, stating “this will be an incredible experience where people will essentially be part of history.

"Military tourism is a growing trend with more and more people visiting war memorials, exhibitions and events in Australia and around the world.

"The Territory's Second World War heritage is an important and significant tourism asset and the new Bombing of Darwin virtual reality and holographic experience will make it more accessible to visitors, taking this fascinating chapter of Australian history to the next level.

"The virtual reality headsets will allow visitors to be taken back in time to experience the bombing of Darwin as if they were actually there.

"The holographic technology will be used to tell the previously unknown story of a commanding officer of a US ship to allow visitors to learn about the experience and see the attack through his eyes.

"The new attraction will be both educational and entertaining and will complement many of the existing Second World War experiences already available in Darwin. I've no doubt it will be a huge hit with locals as well as visitors from all over the world.

"With competition fierce for the tourism dollar around the world, we need to be innovative and this new high tech attraction – believed to be a world-first - will help us stand out from the crowd and put the Territory on the map as a must visit holiday attraction." 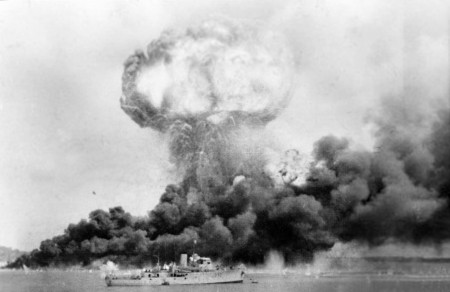 Tourism NT will develop the virtual reality and holographic content for the new attraction with the successful operator encouraged to value-add to the new facility by providing additional tourism and entertainment products and services.

The new attraction will be located within the function centre building at Stokes Hill Wharf, placing it in close proximity to the Waterfront precinct, cruise ship terminal and city.

Chief Minister Giles said the Wharf was where the first bombs fell on 19th February 1942 and was the ideal location to share the moving stories behind this important piece of Australian history.

He added “the attraction may also be a focal point for the 75th anniversary Bombing of Darwin commemorations scheduled for February 2017 as part of the NT Government's Territory Remembers program.”

The EOI explains “utilising recent advancements in virtual reality and holographic technology, this attraction would be the first of its kind in Australia and quite possibly the world.”

It adds “successful proposals are likely to include additional commercial products that will complement Darwin’s existing tourism offering, add value to the precinct and ensure a sustainable operation.”

The EOI process should be finalised by the end of February 2016 with the view to the successful proponent having the facility operational by July 2016.

Click here to view the Expressions of Interest document.

Images: Stokes Hill Wharf, Darwin (top) and the bombing of Darwin in 1942 (below). 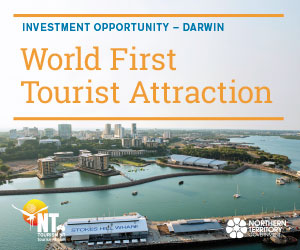