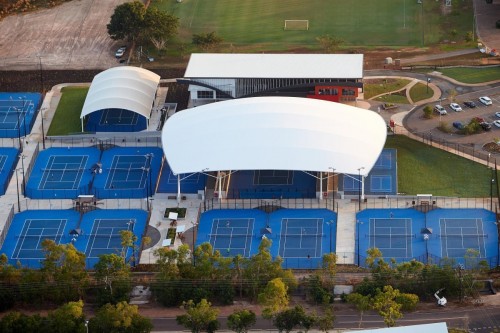 The Darwin International Tennis Centre has today been officially opened, with more than 350 children and adults visiting the new venue to participate in an autograph and tennis session with former Australian tennis player Sam Groth, free tennis programs along with ANZ Tennis Hot Shots and Fitbit Cardio Tennis demonstrations. 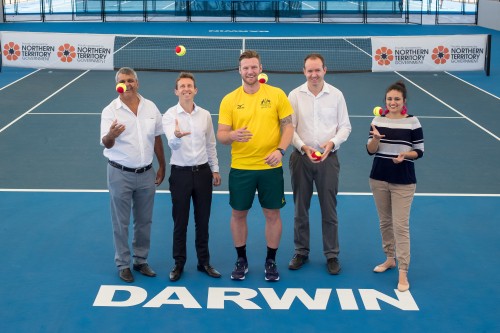 Stating that the new facilities provide Darwin with more opportunities to host large-scale events, Minister Moss advised “the new Darwin International Tennis Centre looks absolutely amazing and it was an honour to officially declare it open today while inviting the community to experience it for themselves.

“We can’t wait to see centre court full of spectators in the future with plans underway to secure more national and international tennis events to help boost tourism and stimulate the local economy.

“We know sporting events are a major trigger for attracting visitors to the Territory, which is why we have invested $103 million in our turbocharging Tourism initiatives, which includes more money for tourism marketing and event promotion to interstate and overseas holiday makers.

“Our events bring in millions of dollars to the local economy with visiting athletes, sports fans spending money on accommodation, shopping, meals, hospitality and tours while they’re here.” 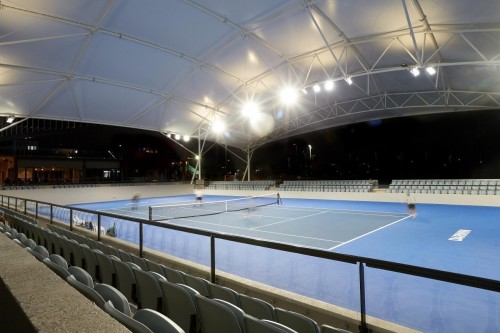 Former world No.53 Groth added “it’s great to be back here in Darwin and to be able to support the official opening of this amazing venue. I have fond memories of playing Davis Cup here in 2015 and remember the fans up here were amazing.

“It’s great to be able to see the transition of the facility up here, I remember playing on a purpose built court in a parking lot just near here. Nothing as good as this. It really does set Darwin up as a place to hold more events like Davis and Fed Cup.”

Tennis Australia’s Larner believes new facilities are vital for future growth in the sport, advising “aworld-class facility like the Darwin International Tennis Centre will bring major tennis events and tournaments to the NT. Situated so closely to Asia, Darwin is a major gateway to the Asia-Pacific region and will attract more players from there.

The Northern Territory Government committed $16 million to the project, with additional funding from Tennis Australia and Tennis NT

For more information go to tennisworld.net.au/tennis-world-darwin

Images show the new Centre and officials at its opening today.