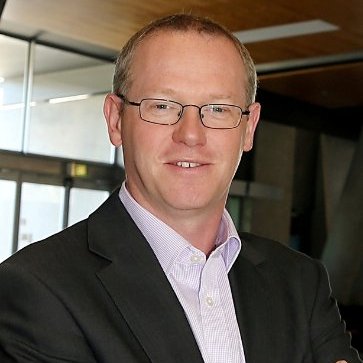 Vbase is responsible for CBS Canterbury Arena, the Air Force Museum and AMI Stadium, and, if plans are confirmed, could eventually add a new roofed stadium to its portfolio.

Burden is expected to work out a notice period of up to six months before departing.

Burdens impending departure is seen as a major loss for venue managers with DVML Chairman Sir John Hansen telling the Otago Daily Times that the news came "out of the blue" and was "disappointing".

Sir John added "there's no use getting uptight about these things. He's made a decision. We've got to accept it, because he's entitled to under his contract.

"We'll just find a replacement and move on ... no-one's indispensable."

Sir John added that it was a "reasonable supposition" to assume Burden's years of experience with Forsyth Barr Stadium would help progress the planned new roofed stadium in Christchurch, adding "he has a lot of knowledge because he's been involved from the beginning of this project, firstly with the Carisbrook Stadium Trust and then with us."