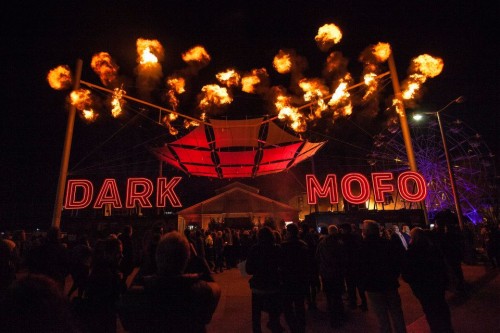 Tasmania's Dark Mofo festival, presented by the Museum of Old and New Art (MONA) opened on the evening of Friday 10th June playing host to a program of large-scale art, music, food and film events in Hobart over 11 days.

The mid-winter festival was faced with a ticketing crisis on the eve of its opening with a number of counterfeit tickets being sold online.

Mona's ticket support team reportedly became aware of fake tickets being sold across several online sites and community noticeboards for as much as $200 each, with the festival sending out a warning last Wednesday.

According to a Mona spokesperson, fake tickets were being sold for several sold-out events including the opening night party and this week's The Funeral Party - a costume gala ball held in a funeral home.

Tickets to The Funeral Party were only available through a ballot and reportedly sold out weeks ago. "

Festival Creative Director Leigh Carmichael stated “Dark Mofo and Mona are the only place to purchase tickets to our events, and we can't guarantee the validity of tickets purchased through any other channels.”

Many of Dark Mofo's events are free but a large number have reached capacity and are sold out.

Carmichael added "due to capacity and safety concerns, we can't let more people in to shows even if we want to.

"We want everyone to have a safe and enjoyable time at Dark Mofo events."

In its fourth year, Dark Mofo is set to be larger and more popular than ever.

With an overall attendance of about 280,000 last year, the winter solstice festival pips has overtaken the longrunning Taste of Tasmania as the state's most popular annual event.

Over its 11 day program, 400 artists from Australia and around the world will perform in 25 venues. 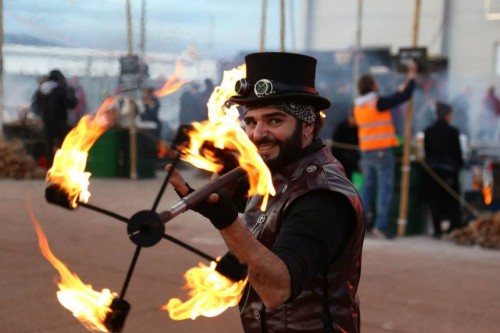 This year's sold-out opening party featured US electronic artist ZHU while Lubomyr Melnyk, the world's fastest concert pianist, will give his only Australian performance at the event this week.

Festival Director Carmichael a confronting one-off event by performance artist Mike Parr which runs for 72 hours is the most powerful act in the festival's history.

The adults-only performance is being staged in a former mental asylum at New Norfolk, with the Dark Mofo website advising “both the exhibition and performance contain disturbing content and themes, and may not be suitable for children. You must wear closed-toe shoes."

"It's confronting. It's definitely not suitable for kids.

"I think being in this environment - this is a site that's full of horror, pain and torment.

"That needs to be taken seriously. It does come through when you wander around the site.

"I think this is the most powerful show that Dark Mofo's produced."

Dark Mofo’s art-led, rather than stagebound presentations, have already been greeted with massive acclaim.