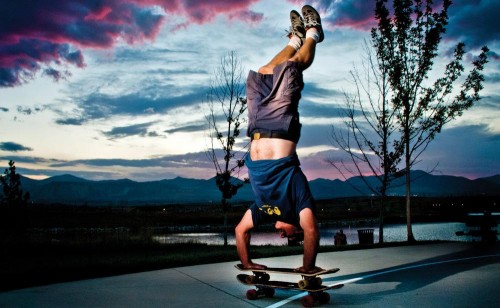 Professional dance will interact with skateboarding at the 'Snake Run' in February 2016, when what's claimed to be the first specifically designed skateboard track in the world opens the Great Southern Festival, as part of the Perth International Arts Festival (PIAF) 2016 program.

The origin of the program goes back to 1975, when a group of Albany High School students joined forces and raised $3,000 to fund a local skate run. Inspired by their efforts, the Albany Town Council and many community members got behind the group, and in January 1976 constructed the world's first community funded skate track now known as 'the Snake Run'.

Since American skating legend Russ Howell opened the site almost 40 years ago, the Snake Run has become an attraction for skateboarders around the world.

On Saturday 13th February 2016, Howell will return to the site as it becomes the foundation for 'The Snake Run Project'; the opening event of the 2016 Great Southern Festival.

Great Southern Festival Program Manager Rod Vervest said Howell was “blown away” when he contacted him in California to invite him back for the event.

Vervest stated "he never thought that he would get back here.”

Even at 65 years old, Howell continues to skate, Vervest explained, adding “he sent a picture to us of himself standing there, he's 65 years old, with his cap on backwards and his board shorts, with a skateboard.

"He skates every day still, and he'll come back and do it again 40 years later."

When new PIAF Director Wendy Martin began looking for interesting locations to create fresh projects inside her first Festival, the Great Southern Festival team knew the Snake Run was exactly the place to show her.

"It's very inspiring for what we can do here in terms of skateboarding plus dance and parkour and bands and local stories."

The opening event, Snake Run Project, will see a mix of professional dancers and skateboarders, alongside a number of local skateboarders and roller skaters, come together to combine highly-skilled skateboarding with contemporary dance.

She stated that it’s the story and involvement of the local skaters that will bring both a personal and historic edge to the performance, commenting “just hearing about how skateboarding, what it means to them and how it defines their life.

"Even now, even gentlemen who are perhaps a little older now, skateboarding still defines who they are."

The Snake Run Project will be the official opening event for the 2016 Great Southern Festival on Saturday 13th February, as part of the 2016 Perth International Arts Festival program.