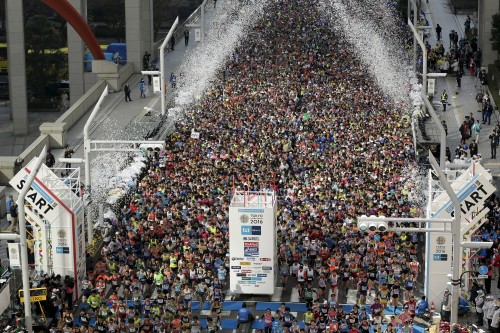 Chinese real estate, entertainment and tourism giant the Dalian Wanda Group is to further expand its sporting empire with the agreement of a strategic partnership with the World Marathon Majors (WMM) group that will lead to new races being developed in China and the wider Asia-Pacific region.

Signed in Beijing on Wednesday, the deal will see Wanda hold three WMM races in the Asia-Pacific region in the coming 10 years, including a first-ever race in China.

Established in 2006, WMM is a series comprising six marathon majors in the cities of Tokyo, Boston, London, Berlin, Chicago and New York; the marathon event at the International Association of Athletics Federations’ IAAF World Championships and the Olympic Games marathon.

Wanda has identified that marathon running is currently the most popular and fastest-developing mass participation sport in China, with many Chinese cities holding marathons.

However, none are internationally known and recognised.

Under the agreement, Wanda will gain the exclusive right to hold a WMM race in China in a city jointly selected by Wanda and WMM. 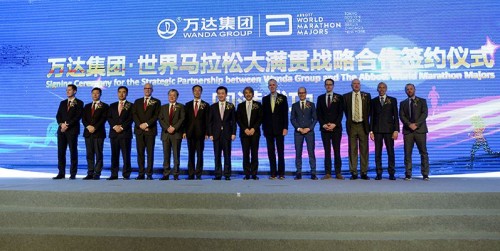 “Wanda Sports’ goal for 2017 is to create two to three world-class sports events.”

WMM General Manager Tim Hadzima added “our race directors look forward to working with Wanda to introduce the Series to new audiences in new territories, and to involving our runners in new initiatives.

“Nearly a million people apply every year to run in WMM races and our new partnership with Wanda Group will develop this phenomenal interest in marathon running.”

Hugh Brasher, Race Director for the London Marathon, told the Reuters news agency that it may take several years before a Chinese city meets operational criteria to host a marathon event.

Brasher added that pollution concerns in Chinese cities needed to be addressed, along with other aspects such as financial and political support for such events.