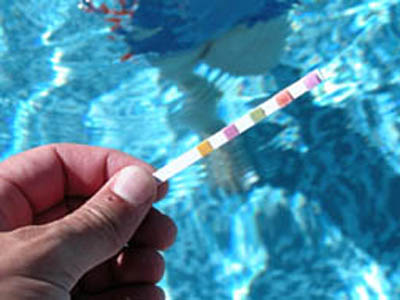 19 public swimming pools in NSW are being super-chlorinated after an outbreak of the cryptosporidium parasite infected 200 people, half of them children under five.

Since the start of the month, 201 people have been struck down by the diarrhoeal disease - a parasitic infection of the intestine.

NSW Health Communicable Diseases Director Jeremy McAnulty said 44 of the cases were reported to NSW Health in the past 24 hours.

"About half are kids are under five and that's a typical pattern we see in crypto outbreaks of this nature," Dr McAnulty told reporters in Sydney.

Dr McAnulty said there were no common links in most cases but some had reported swimming in common pools, which could be easily contaminated by infectious swimmers.

Dr McAnulty added "we don't know for sure that any pool has caused this outbreak but we do know that many people have been swimming, which based on our previous investigations, suggests that it's a possible risk factor that swimming pools may be causing this.

"But we are most concerned that they don't continue to amplify an outbreak into even worse proportions than we have."

Dr McAnulty said 19 pools, mostly in Sydney's west but some outside the city, had been super-chlorinated. None had tested positive for cryptosporidium, adding "I must tell you that there is no evidence that those pools have caused outbreaks, none have been tested to be positive for crypto, it's very much a precaution."

The parasite can infect pools for up to two weeks.

Dr McAnulty urged anyone with diarrhoea to wait for at least two weeks after their symptoms disappeared before going swimming, concluding "the message here is that if you've got diarrhoea or had diarrhoea in the last two weeks stay out of pools because you could contaminate that pool and cause many other cases of crypto, maybe even thousands."

There is no treatment for the infection which can cause diarrhoea, stomach cramps, vomiting, nausea and fever for weeks, and sometimes months.

Cryptosporidiosis can be passed on through contact with infected people, farm animals or drinking untreated water.

The biggest outbreak of the disease, which usually occurs in summer or autumn, was in NSW in 1998 when more than 1,000 cases were confirmed.

Drinking water was not thought to be behind any of the latest cases, NSW Health said.
AAP