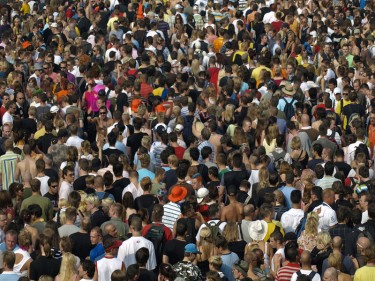 The tragic events at the recent Love Parade Festival in Duisberg, Germany in which 21 people died, including an Australian woman, and at least 500 were injured, is leading crowd management experts to urgently look at how to prevent similar disasters in the future.

The deaths at the Love Parade occurred in a disused railway tunnel used as the only public entrance for the event. Authorities have also suggested that some of the people killed or injured might have attempted to flee the crowd by jumping over a barrier and falling several metres.

UK newspaper The Guardian reported that the event organisers ignored advice from safety experts that the venue was only large enough to hold 500,000 people (about 1.4 million eventually attended), and that there were significant risks associated with large numbers of people moving through the tunnel, where entry was not closely controlled.

Wayne Middleton, Principal of risk management consultancy Reliance Risk, explains that "many well promoted free public events run a risk of too many people turning up. In the case of the Love Parade, the use of an enclosed railway station as the only access/egress route suggested that stringent operational controls should have been installed including limiting crowd numbers and crowd flows." It seems this did not occur.

In the UK, Ron Woodham of the Emergency Planning College and Mark Hamilton of Buckinghamshire New University crowd management group are studying how modelling, pressure sensors, and looking more at human behaviour in crowds might prevent disasters like this in the future.

In Australia, concern about crowd safety at the Justin Bieber concert in April led to police deciding that the event was too dangerous to go ahead.

As Wayne Middleton recalls, âthe concert of the Canadian teen singing sensation was so highly-anticipated that many fans (mainly female teenagers) camped overnight in Circular Quay to get as close to the artist as possible.

"However, when fans began pushing forward while waiting for Bieber to appear, a crowd barrier was broken and fans near the front of the stage started being crushed. After failing to comply with police directives it was at this point the police decided to call off the event.

"This incident demonstrates the importance of crowd safety profiling and planning that identifies the background of the artist, his/her lyrics, the demographic of the crowd, suitability of the venue, the weather conditions and the likely behaviour of crowds given other circumstances surrounding an event.

"Also, the fact that police cancelled the event to minimise the chances of further injury demonstrated the importance of having a flexible crowd management system that allows the capacity to respond to changing or deteriorating crowd safety conditions."

The implications of the Love Parade tragedy are the subject of a feature in the July/August 2010 issue of Australasian Leisure Management.

Wayne Middleton can be contacted on 0407 493 949, www.crowdsafetymanagement.co.uk