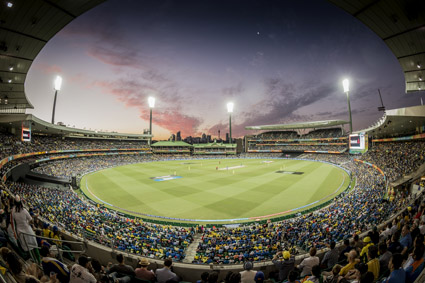 The economies of Australia and New Zealand benefited from A$1.1 billion (US$843.59 million/NZ$1.2 billion) in direct spending as a result of co-hosting the cricket World Cup earlier this year, according to a just released report from PricewaterhouseCoopers.

The global management consultants advised that the tournament created the equivalent of 8,320 full time jobs across the two economies and attracted 145,000 unique visitors to the host countries, mostly from Asia.

In a news release, International Cricket Council Local Organising Committee Chief Executive John Harnden stated “this was the biggest event in Australia since the Sydney Olympics in 2000 and it has changed cricket in New Zealand forever.

"The cricket World Cup generated two million bed nights across the two countries and around $855 million in visitor spending, which is great for the tourism industries of both countries."

Played between 14th February and 29th March, the tournament attracted more than a million spectators to the 49 matches played in 14 cities, of which 20, not all involving the host nations, were sell-outs.

The final, in which Australia beat New Zealand, attracted a crowd of 93,013 to the Melbourne Cricket Ground, while a dedicated television audience of over 1.56 billion watched the tournament around the world.

The report pointed out the benefits to the host nations of the funding model, under which the International Cricket Council (ICC) and its sponsorship partners "contribute significant foreign investment" towards the delivery of the event.

The report added “this is a point of difference when compared to other international sporting events, such as the Olympic Games, rugby World Cup and the Asian Cup, where host nations must self-fund a significant portion of their events.

"This allowed Australia and New Zealand to benefit from capital inflows and lowered the level of upfront investment that would otherwise be required."

Commenting on the report, Australian Sports Minister Sussan Ley said the tournament had been an "outstanding success across all measures", adding “(this) is highlighted by the contribution it has made to the economies of both countries through trade and tourism as well as the unique benefits of sport diplomacy with key partners and markets around the world.”

England and Wales will host the next 50-over Cricket World Cup in 2019.

Top image shows the SCG during the Cricket World Cup Semi Final between Australia and India.