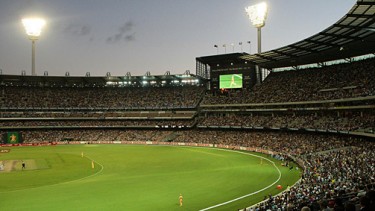 After reports that Cricket Australia had been considering changes to the domestic Test cricket calendar, the Boxing Day Test will remain at the MCG.

The Australian newspaper had this week reported suggestions that the Test calendar could be changed based on competitive bidding between states.

The principal casualty of this change could be Tests at the Adelaide Oval which are apparently under threat because of a dispute between Cricket Australia and the South Australian Government.

South Australian Minister for Sport Leon Bignell said the State would not pay an undisclosed, seven-figure sum requested by the national governing body to secure games over three seasons, beginning from 2016/17.

Minister Bignell also accused Cricket Australia of trying to engineer a bidding war between the states, saying he thought the move was a bluff.

Talks between the State Government and Cricket Australia are ongoing, but Minister Bignell said he was not interested in "paying for games we already have".

He added "I think this a trial by Cricket Australia. They'd love to get a lot more money in their coffers.

"For Cricket Australia to leave Adelaide off the Test series - could only happen out of spite.

"Whether they want to ruin the history of the game, the culture of the game by going after more money - that's their decision."

Cricket Australia said it wanted State Governments to invest more of their sporting budgets in cricket but denied holding South Australia to ransom.

"We're just trying to get (States) to spend money that they spend already on cricket rather than other sports."

McKenna dismissed report that the Boxing Day Test could move from the MCG as "absolutely not correct."

"Like any good commercial business, we've got to look at funding of cricket and if someone came to us with a massive offer we'd have to listen but our primary loyalty to the Boxing Day Test is to the MCG."

McKenna said there had been no discussions with other states about taking the Boxing Day Test away from Victoria.

He added “our conversations have been about the existing content each state already has.

"In Sydney we have a great Test in the New Year Test. We have the first Test of the year in Brisbane most years. In Adelaide we've had (games) on Australia Day (on 26th January) on many occasions in the past.

"They've all got great content already, and that's what we're talking about with them at this point in time." 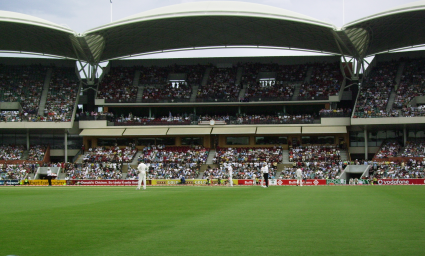 McKenna said that Cricket Australia was trying to encourage State Governments to spend money, now spent on marketing states via other sporting events, on cricket.

This could be through signage on the ground or the use of cricket imagery and logos, he added.

The 2015/16 playing rights at Adelaide Oval are not under threat, with the ground vying alongside Bellerive Oval and The Gabba for the right to host the first day-night Test match against New Zealand later this year.

Victoria's Minister for Sport, Tourism and Major Events John Eren said the Boxing Day Test was "one of the most iconic dates on Australia's sporting calendar."

Minister Eren added “it doesn't belong to Cricket Australia, it belongs to the fans, who come in their tens of thousands every year to the MCG.”

Cricket Australia is expected to release its full 2015/16 fixture in the coming days.

The schedule is expected to confirm an end to cricket at Sydney's ANZ Stadium with the Sydney Cricket Ground expected to win exclusive rights to Australia's international matches in the city for the next seven years.

Images show the MCG (top) and Test cricket at the Adelaide Oval (below).