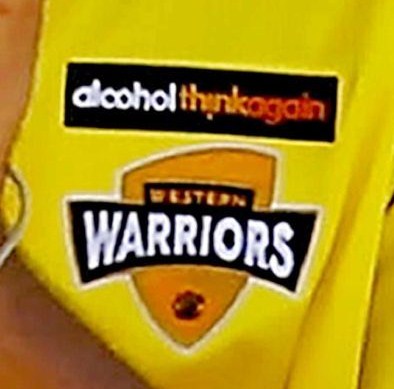 A leading health advocate has accused Cricket Australia of censoring a sponsorship message that campaigns against mixing alcohol and sport because it conflicts with lucrative deals with prominent alcohol brands.

The ABC reported that an advertising message that was to have been displayed around the ground during the current domestic one-day competition, underway in Sydney, had been reworded.

However, Cricket Australia apparently insisted on a replacement that reads: 'Alcohol - think again. Under 18 - no alcohol, the safest choice.'

The change has angered Professor Mike Daube of Curtin University, a leading advocate for the McCusker Centre for Action on Alcohol and Youth.

Healthway has a deal with the Western Warriors worth more than $2 million which includes their branding featuring in the team name, the Warriors now being known as the 'Alcohol. Think Again Western Warriors'.

Professor Daube addded "(it) is just outrageous ... that Cricket Australia isn't allowing us to put out a very mild message.

"It's not as though Healthway (is) a minor sponsor. It's putting in $2.1 million over three years to support the Western Warriors.

"For that you're not even allowed a relatively mild hoarding saying alcohol and sport don't mix."

Cricket Australia has a five-year sponsorship deal in place with Carlton & United Breweries that pays in the region of $65 million.