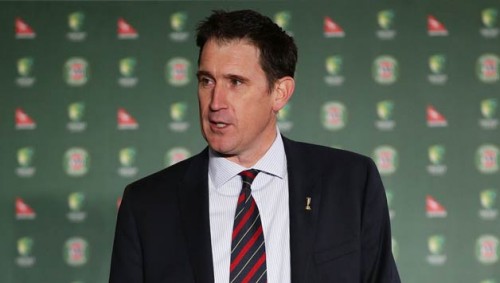 As debate rages globally around the appeal and relevance of five-day Test matches in the new era of T20 cricket and fans feasting on the fast-food style format, Sutherland is convinced there remains room for both.

Speaking at the third Test against Pakistan at the Sydney Cricket Ground, Sutherland explained "the winner at the moment are Australian cricket fans all over the country.

"We have the benefit of being able to watch Test cricket at the moment and the Australian team performing extremely well and then in the evenings we can switch on and watch the Big Bash League."

Day two of the Pink Test drew 25,755 fans to the SCG before some 20,076 attended Spotless Stadium at Sydney Olympic Park later on Wednesday night for the BBL match between Sydney Thunder and Melbourne Stars.

A 23rd December BBL game at the SCG featuring the Sydney Sixers and Hobart Hurricanes attracted more than 30,000 spectators, but Sutherland is delighted - rather than disappointed - that the shorter format can draw bigger crowds than Tests.

Sutherland added "it's an important part of our strategy with the Big Bash League. It's obviously designed to bring new people to the game and graduate their interest (to Tests).

"One of the starting points in all of that is to ensure that aspiration to play cricket for Australia is still the pinnacle and it's something that all young Australian cricketers dream of.

"If you talk to young kids today - and I coach an under-13 team - they all love the Big Bash League, but they all know and understand that the ultimate is to play for your country.

"That's where their aspiration lies."

He concluded "first day in Melbourne was a record crowd for a Pakistan match in Australia (and) i'm absolutely sure that if rain hadn't of intervened on those later days of the Melbourne Test, we'd have broken the all-time record for a Pakistan Test match.

"The great thing at the moment is we're seeing crowds all over the country.

"There's a lot of sell-outs in the Big Bash League at the moment, which is fantastic, and Test crowds are holding up very well - and we all know what our Test crowds are going to be like next summer."
AAP