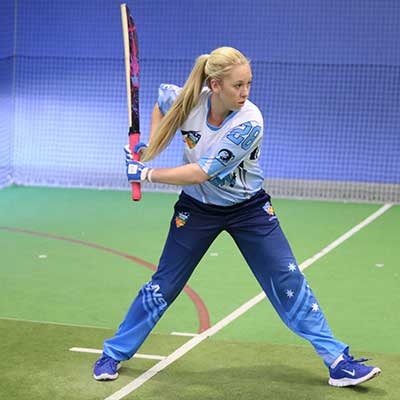 Record participation numbers over the past summer have encouraged Cricket Australia (CA) to invest $4 million into women's cricket.

The governing body is extending its commitment to developing the sport among young females with the launch of the Growing Cricket for Girls fund.

Better coaching facilities, support for local associations and keeping girls playing against others their own age were all factors identified as key to creating sustainable grassroots competitions for girls between the ages of 11 and 18 years.

$1 million a year will be boosted into local associations, clubs and secondary schools across the country during a four-year period.

Of that, $50,000 will be put aside to employ full-time female participation specialists, tasked with creating jobs and establishing alternative career pathways for women in cricket.

Clubs and secondary schools will be able to apply for grants of $2,000 per year, whilst some associations may receive up to $10,000 over two years.

The Southern Stars' ongoing achievements coupled with the success of the inaugural Women's Big Bash recently saw a $1.87 million increase in their payment pool.

As a result, Australia's cricketers are now the highest paid female teams-sport athletes in the country.

The highest earners, some on contracts upwards of $70,000 a year, are even able to class their craft as a full-time occupation.

Cricket Australia Chief Executive James Sutherland said he was delighted exposure had lead to a flurry in popularity among young girls.

Sutherland stated “whilst cricket has had a national female competition for 70 years, we are committed to further investment to grow the female game.

"Our female cricketers are wonderful role models and we are delighted to see their increasing exposure inspiring more and more girls to play."

According to the ABC, the Growing Cricket for Girls fund will see $1 million a year invested over a four-year period into local associations, clubs and secondary schools across the country.

The program will also invest in fulltime development staff and improved coaching facilities. As the women’s game is booming around the country the money invested will help to keep the game sustainable at a grassroots level.