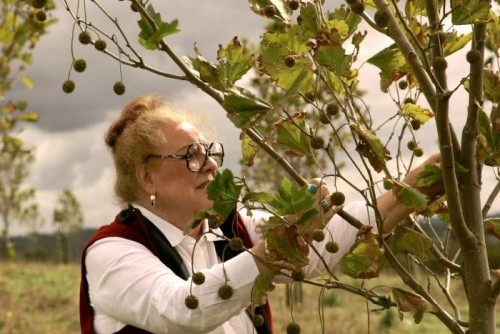 Australians wanting to live on as part of the environment after they die now have a new burial option, with a Melbourne research team discovering how to turn human ashes into plant food.

Dr Mary Cole of the Agricultural Pathology and Biologocal Farming Service said she believed they had created a world-first process to reduce the high salt and alkalinity levels of cremated remains that are normally toxic to trees.

Her research had also been "incredibly emotional", having used the ashes of a late friend to determine if the process was viable.

Dr Cole told the ABC "this to me is their immortality, they're now a tree ... and the family were very grateful because they now have trees with their mother and their wife's ashes in them planted at their homes.

"We were able transform someone who was beautiful and contributing to the world to another living thing.

"I'm not a religious person but it really was a very, very emotional time and I don't know why but maybe it was just all the spirits of the planet were talking to us then."

Dr Cole was originally approached by the founder of the memorial tree company Warren Roberts, who had struggled to come to terms with the death of a close friend 10 years ago.

He said being close to nature had helped him grieve and research confirmed that the healing power of the environment was not just "some tree-hugging idea".

Roberts said for every memorial tree, 200 more would be donated for planting locally and abroad.

Roberts explained "it only takes about a 100 trees to offset all the breaths a human takes in their lifetime and we give back 200, and those trees are connected to that person's legacy.

The Director of Commercial Services and Operations at the Greater Metropolitan Cemeteries trust, David Crowe, said the memorial trees would be offered as a burial option at its 18 cemeteries across Melbourne.

Crowe concluded "it's very exciting ... trees are traditionally commonly used in cemeteries for memorials but the cremated remains have always been in a container buried adjacent to the tree.

"The beautiful thing about this is that you become one with the tree. I think a lot of people would really value the concept of basically living for another hundred years."