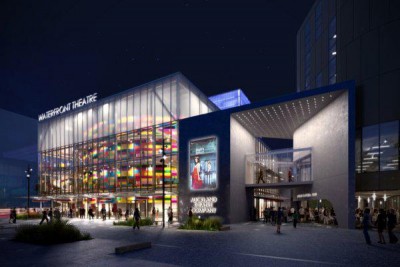 The new, international-standard centre for performing arts will be integrated with the new ASB head office complex and become the permanent home of Auckland Theatre Company (ATC).

The centre will include a 600-seat theatre and access to a 200-seat auditorium within the ASB development.

Explaining the investment, Arts Council Chairman Dr Dick Grant stated "this is an exceptional opportunity to invest in a capital project that will fill a large gap in Auckland's arts infrastructure and will have many benefits for the wider Auckland community as a venue for performance.

"It is unusual for Creative New Zealand to invest in a capital project but we are pleased to be joining with key institutions to help make this important project happen."

The funds will not be released until ATC has secured all the funding it needs for the project and the start is confirmed.

Since Creative New Zealand's original grant was made ATC has secured significant additional funding towards the $35.1 million project, including a $5 million partnership with AUT University.

Other major contributors to the project include Auckland Council, ASB Community Trust and the Lion Foundation, as well as private donors and benefactors. Creative New Zealand's commitment brings the total pledged to approximately $33 million.

Dr Grant added "ATC has made impressive progress in advancing the project and securing funding. It has demonstrated its considerable ability and leadership in the way it has managed the funding commitments and partnerships needed."

Creative New Zealand's support is a tremendous boost to the project said ATC Chair, Gordon Moller, who added "with the final fundraising target in sight, and thanks to the many people who have got behind the project, we should be in a position to start construction in 2014."