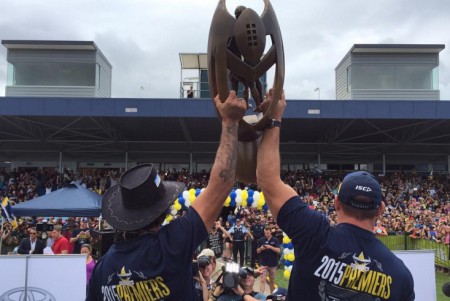 As reported by Tony Webeck‌ at NRL.com, in the space of 11 hours, 12 members of the Cowboys' grand final squad attended civic receptions in Mackay, Mount Isa and Cairns with an estimate of more than 20,000 fans turning out across the day to fete their Telstra Premiership heroes.

Sunday marked the start of what will be a 12-month premiership celebration in North Queensland with plans for Cowboys players to take the Provan-Summons Trophy as some extra luggage when they visit their home towns over the course of the year.

Starting the day with a motorcade through the main street of Mackay, the Cowboys were then mobbed at Buchanan Park in Mount Isa where they were presented with a key to the city before departing for Barlow Park in Cairns where thousands more turned out to greet them and they again received the key to the city. 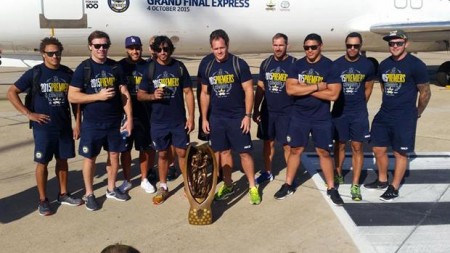 For such a passionate rugby league region, the impact of the historic win was summed up by one passionate fan who stated “North Queensland is such a rugby league-driven region that they really love their local team and get behind them so much that they just couldn't wait to get out to those trophy days.

"The trophy means as much to us as it does to them."

The Cowboys took out the 2015 NRL Premiership against the Brisbane Broncos at ANZ Stadium on Sunday 3rd October. In front of 82,758 fans, they prevailed 17 to 16 in an historic final.