The Court of Arbitration for Sport (CAS) has upheld the appeal by the World Anti-Doping Agency (WADA) of the AFL anti-doping tribunal's Essendon FC verdict, with 34 past and present Bombers players now banned from the sport for 12 months - meaning they will miss the entire 2016 season.

The CAS result is final and overturns the AFL Anti-Doping Tribunal decision that cleared the current and former Essendon players in March 2015. It comes in response to WADA's appeal of that Tribunal decision, which the Australian Sports Anti-Doping Authority (ASADA) assisted in and strongly supported.

ASADA, who had brought the case, chose not to appeal the decision, but WADA exercised its right to appeal, leading to a hearing in Sydney last November.

The stunning reversal was based in CAS being satisfied that the players had taken the banned substance thymosin beta-4 in 2012.

While the players were handed the mandatory two-year bans and were found to be significantly at fault, CAS indicated that most of the 34 would be suspended until November this year, depending on the backdating that applies in each case.

Following the verdict, Essendon Club Chairman Lindsay Tanner released a statement, commenting “regrettably we can confirm the Court of Arbitration for Sport has found 34 past and present players guilty of committing an anti-doping rule violation.

"As a result, the players - including 12 currently listed with Essendon - have been suspended for the 2016 season.”

It explained "the appeal filed by WADA against the Australian Football League (AFL) Anti-Doping Tribunal's decision of 31 March 2015 is upheld and the appealed decision is set aside.

"Thus, most of the suspensions will come to an end in November 2016." 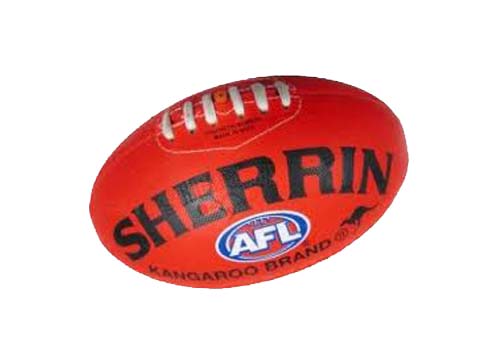 WADA's statement said that the CAS panel found "to its comfortable satisfaction" that clause 11.2 of the 2010 AFL anti-doping code had been violated, and found by a majority that "all players were significantly at fault".

ASADA also release a statement, commenting “despite the absence of positive test results, WADA was able to use evidence gathered by ASADA to prove that the players had been injected with the prohibited substance as part of a team program designed to give Essendon an unfair advantage in the 2012 season.

“The evidence included text messages outlining a plan to source Thymosin Beta 4 for the purpose of doping the Essendon team, testimonies from players and officials, and a scientific analysis of substances sourced for the team.

“It is the same evidence ASADA presented to the AFL Tribunal, however the different outcome represents the proper application of the burden of proof – comfortable satisfaction – as intended by the World Anti-Doping Code.”

ASADA Chief Executive Ben McDevitt added “this unfortunate episode has chronicled the most devastating self-inflicted injury by a sporting club in Australian history.

“There were very little grounds for the players to claim they were at no significant fault.”

“The players had received anti-doping education through the AFL and ASADA, and were well aware that they are personally responsible for all substances that entered their body.”

“Unfortunately, despite their education, they agreed to be injected with a number of substances they had little knowledge of, made no enquiries about the substance and kept the injections from their team doctor and ASADA.”

“Of 30 ASADA testing missions during the period in question, none of the 18 players tested declared the injections, despite being asked each time whether they had taken any supplements.”

“At best, the players did not ask the questions, or the people, they should have. At worst, they were complicit in a culture of secrecy and concealment.”

“The CAS result brings this matter to a close and ASADA looks forward to continuing to work with all sporting codes to promote a clean and fair sporting environment.”

Hird was banned for 12 months in 2013 when the AFL fined the club $2 million and kicked the Bombers out of that year's finals series.

Hird returned after the conclusion of his ban, but he resigned in August last year to allow the Bombers to have a fresh start under a new coach.