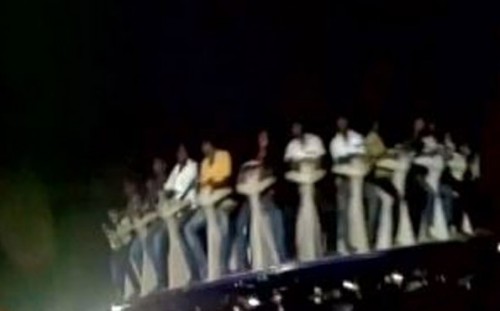 Global ride manufacturer Zamperla has released a statement regarding a fatal ride incident that occurred at an Indian theme park last week.

A man was killed and seven others were injured during the testing of a ride, the ‘Disco Dancer’, at the Kishkinta Amusement Park near Chennai on the evening of Wednesday 11th May.

The ride reportedly collapsed while it was being tested in order for it to be opened to the general public following repairs to damage incurred during the December rain-floods in Chennai.

With 25 workers on board for the trial run, a mechanical glitch apparently caused increased oscillations that couldn’t be controlled, causing the 15 metre high ride to crash.

With reports initially indicating that the ride had been manufactured by Zamperla, a statement from the Italian company read “Zamperla is saddened to learn of the fatal accident at Kishkinta Park.

“It is important for the public to know that the ride involved in this accident was not a Zamperla product. Zamperla, a leading manufacturer of amusement rides worldwide, devotes considerable resources into developing its unique amusement rides, providing the safest possible experience for the public.

“The ride involved in this accident was an unauthorised, poorly executed forgery of the Zamperla design. Although outwardly appearing like a Zamperla ride, copies do not receive the level of engineering and manufacturing expertise Zamperla invests into each of its designs.

“Zamperla urges customers to only purchase genuine Zamperla rides and replacement parts in order to ensure the safety of their customers.”

The theme park’s owner and manager have since been arrested for negligence.

Following the incident, one Indian media outlet reported “the allegations against the owners of the theme park give a sneak peek into the stark reality of how cheap the lives of labourers are in India.

“That they were being forced to (be on the ride) for the trial run might be indicative of the callousness on part of the owners in that they possibly knew about the risks but chose to go ahead with it.”

The theme park is spread across 48 hectares of land with wave pools, water rides, roller coasters and toy trains.

Fearing other incidences of counterfeit copies of its rides, Zamperla invites concerned parties to email: Zamperla@zamperla.it.