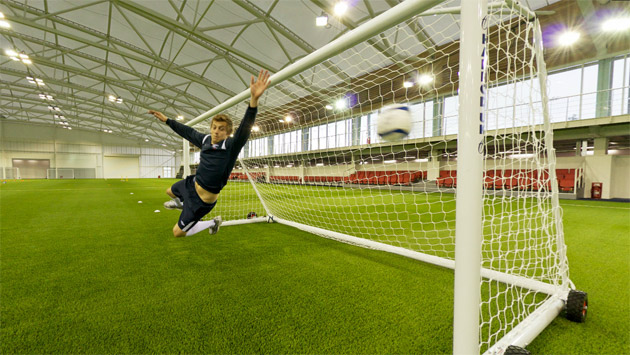 Dr David Eager, Associate Professor at the University of Technology Sydney and a member of the Australian Standards Committee that drafted the new regulations, explains that, as of 31st December, "moveable goal posts ... must comply with the minimum safety Standard as legislated by the Australian Competition and Consumer Commission (ACCC)."

Set to replace several existing State-based Regulations, the Standard has been developed as a result of accidents caused by tipping and collapsing goal post that, since 1986, has seen seven children killed.

The mandatory Standard, which adopts the key requirements of the Australian Standard AS 4866.1-2007 (Playing field equipment - Soccer goals - Safety aspects), will be enforced by the ACCC. It applies to moveable football goals 28kg and above and multipurpose moveable goals that may be used for football.

Requirements of the new Standard include:

• Goals to be provided with instructions on their use and an effective ground anchor system;
• Goals satisfy a stability test of 1100 Newtons of horizontal pullover force. Goals must be clearly labelled with the following warning permanently marked clearly and legibly: 'WARNING: ALWAYS ANCHOR GOAL - NEVER CLIMB OR HANG ON CROSSBAR. Unanchored goals can tip over causing serious injury or death.'

The warning labels need to be placed in three positions on the goal: on the underside of the crossbar and on the outside of both goal upright posts.

However, with just weeks until the Standard become mandatory, Australasian Leisure Management has discovered a lack of awareness of the new Standard among ground owners, parks and sports field managers, association and club officials, schools and academic institutions, coaches and event/tournament organisers.

Dr David Eager explains the introduction of Australia's new mandatory Standard for moveable football goalposts in a feature in the November/December 2010 issue of Australasian Leisure Management.

Click here to be sure to read this issue by subscribing.