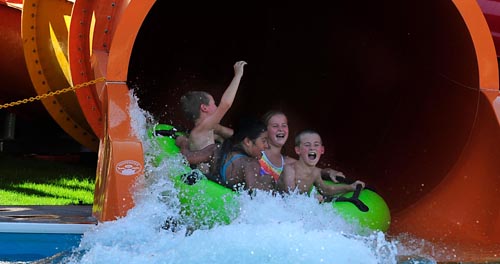 Toowoomba Regional Council's Aquatics Master Plan and Strategy report has recommended that the garden city looks to develop a state-of-the-art aquatic and recreation centre – at a projected cost of $56 million.

Presented to the Council in the past week, the report proposes a major overhaul of the Council's nine pools and suggests that the Council explores contracting out the management of pools in its regional towns.

At the heart of the report, is a plan for a major new regional facility that would include a 51.5 metre x 25 metre competition pool with a moveable boom and floors and a large spectator area, a 10 metre x 15 metre learn-to-swim pool and a 20 metre x 12 metre warm water program pool.

The planned facility will also house a large leisure toddler's play and/or multi-purpose pool, water slides and towers, a large gymnasium area and dry program rooms and a crèche.

It would be located in central Toowoomba, next to the PCYC.

Commenting on the report, Toowoomba Regional Council (TRC) Community Development and Facilities portfolio leader Councillor Ros Scotney said that the age of the Milne Bay Aquatic Centre and changing aquatic centre trends were behind the planning of the new facility

Councillor Scotney said the way people used aquatic centres had changed, stating “when our pools were built, people just went for a swim.

"Now it's become a real social thing. You have gymnasiums, therapeutic pools and coffee shops."

Toowoomba’s The Chronicle newspaper has backed the plan, having advocated that the TRC build a ‘waterpark’.

A recent online poll conducted by The Chronicle saw nearly 90% of residents say "yes" to the question, "Does Toowoomba need a water park?"

The report recommends that TRC retain the management of the Highfields Fitness and Recreation Centre and Milne Bay Aquatic Centre but that it outsource management to its other seven aquatic facilities.

TRC is also looking at redeveloping the Highfields pool which will include the construction of a 25 metre pool, new learn-to-swim pool, water features and additional change rooms.

The report predicts a total of $74 million will be spent on council's nine pools in the next 10 years.