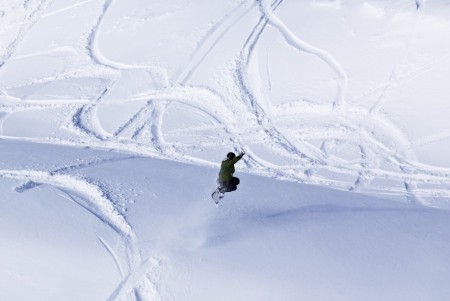 The ski area celebrated its final ‘hurrah’ on the snow on the weekend of 3rd and 4th October with a Rugby World Cup-themed day in support of the All Black’s on Saturday.

On Sunday, all best efforts to host a Beach Party were somewhat thwarted by wet and wild weather, but a few brave souls managed the Pond Skim to cap off an amazing season.

The judges were unanimous in their praise, saying the ski area had done an “awesome job” in meeting its objective for 2015 to reduce customers’ ‘time to snow’ to ensure they have the ultimate experience on the mountain.

Copland commented “late in 2014 we undertook a detailed review of the whole visitor journey looking for opportunities to provide an even better experience for our guests.

“We have a short operational season between June and October, with approximately quarter of a million skiers and boarders visiting Coronet Peak in just four months.

“Our operational processes vary according to the weather conditions which has encouraged us to be innovative and responsive to weather and business levels on a daily basis.”

Putting the spotlight on the customer journey drove changes across the operation, including initiatives around recruitment and training, building restructuring and process flows, roading and car parking, and mountain operations. 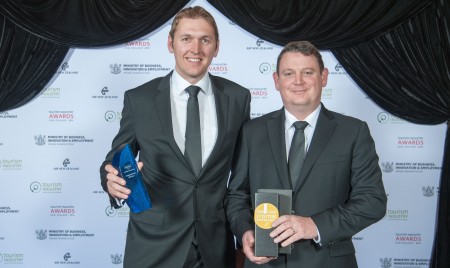 Tourism Industry Awards judges were delighted with the end result, with judges stating “the visitor journey has been given a massive overhaul and is now truly world-class. Revenue has increased significantly and they are making an amazing contribution to the industry.”

Coronet Peak’s guest survey results have provided solid evidence that guests are loving the reductions in queue time and the additional time on snow.

Copland added “guest surveys improved considerably despite busier days than planned thanks to improved systems and process, the recruitment of a Guest Experience Manager to oversee the overall customer journey, and the launch of a new team called The Flying Squad, a multi-skilled team which follows the bottlenecks throughout the course of the day to smooth processes and decrease service time.”

He said the true ‘acid test’ was the mountain’s Trip Advisor rating which had reached 4.5 stars, propelling Coronet Peak to the Top 10 ‘things to do’ in Queenstown and resulting in a 2015 Trip Advisor Certificate of Excellence.

Copland concluded “these impressive results combined with strong revenue growth over the past three seasons are signs that Coronet Peak makes a continued contribution towards Tourism 2025 goals and objectives.”