The beachfront at Coolangatta will be the host venue for the Beach Volleyball competition at the Gold Coast 2018 Commonwealth Games (GC2018).

Marking the first time beach volleyball has been contested at the Commonwealth Games, a temporary beach volleyball venue will be built at the Queen Elizabeth Park site in Coolangatta, overlooking the city’s southern-most beach.

Announcing the location, Queensland Premier Annastacia Palaszczuk stated “the Gold Coast’s beautiful beaches are a huge Games drawcard and the decision to host the Beach Volleyball competition at Coolangatta will ensure the spotlight is on Queensland’s spectacular coastline.

“Coolangatta Beach will be a stunning backdrop for spectators watching all the Beach Volleyball action and showcase Queensland’s beautiful beaches to a television audience of 1.5 billion people around the world.

“Building a temporary stadium in the park will ensure the view of the city’s skyline and Coolangatta’s surf will be centre stage when the Beach Volleyball competition kicks off.”

Commonwealth Games Minister Stirling Hinchliffe said Coolangatta was the perfect location for the Beach Volleyball competition, adding “after a city-wide scout, Coolangatta was chosen for its capacity to accommodate the infrastructure needed to meet international federation guidelines.

“The 2018 Commonwealth Games is a once-in-a-lifetime opportunity to promote Queensland to the world and it’s fitting that one of Queensland’s most iconic beaches will be the backdrop for one of the 18 competition venues.

“The final logistics to build a temporary stadium will now proceed in full consultation with the sport’s governing body, the Southern Gold Coast community and key Games Delivery Partners.” 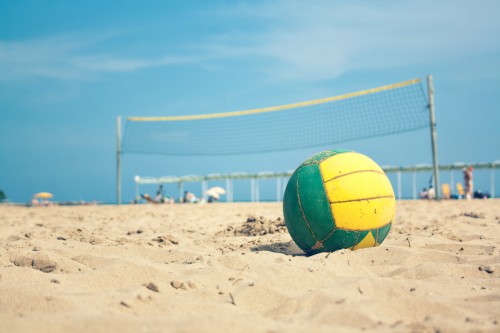 City of Gold Coast Mayor Tom Tate welcomed the announcement Coolangatta would host the volleyball competition, commenting “hosting the Beach Volleyball at Coolangatta will not only show off the beauty of the southern end of the city to the world, it will also provide a great boost for local businesses there.”

He concluded “Beach Volleyball at GC2018 will showcase the Gold Coast as a spectacular destination on the world sporting stage and attract more Volleyball fans to watch the 11 days of Commonwealth Games sporting competition.

It is the first time Beach Volleyball will feature in a Commonwealth Games with the GC2018 sports program increasing from 17 to 18 sports – the largest sport program in the Games history.