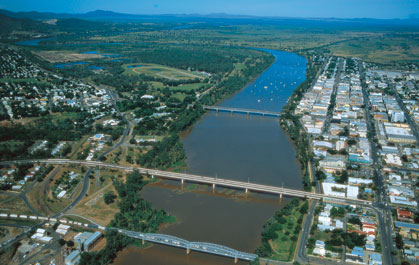 The construction of a 1,000 person convention centre is crucial to the future prosperity of the Central Queensland city of Rockhampton, according to regional development organisation Capricorn Enterprise’s Chief Executive, Mary Carroll.

Explaining the city’s need for a convention venue, Carroll states “Rockhampton is the only major city in Queensland without a top-class convention centre capable of attracting significant events.

“Although our preference is for a modern (sport) stadium incorporating a convention centre, we believe it is possible and very desirable to build such a centre before a decision is finalised on the Central Queensland National Rugby League bid and that is the case we will be making to the state and federal governments.”

Commitments from all sides of Queensland politics have been secured to fund a stadium should the National Rugby League (NRL) award a Premiership franchise to the city.

Carroll said it was likely the stadium and convention centre complex would be built in the existing sporting precinct along the Fitzroy River.

She added “a high quality convention centre would provide an immediate economic benefit to the region.

“It is frustrating to see cities like Mackay and Gladstone securing events that should be coming to Rockhampton as the capital of Central Queensland.

“The spin-off for local business and our economy would be considerable and the project would be a driver of further development.”

Carroll concluded “the priority projects are realistic, achievable and selected for their potential economic benefit for the broad regional community.”

For more information go to www.capricornenterprise.com.au