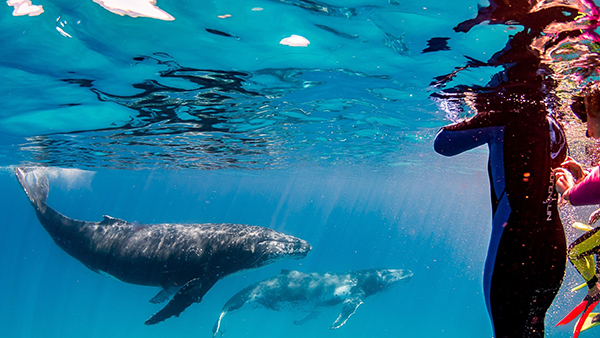 The existing Bremer Marine Park extends out from Bremer Bay on the south coast of Western Australia. It has an area of 4,472 km2 and reaches depths of 5,900 metres.

Western Australian Department of Biodiversity, Conservation and Attractions (DBCA), in partnership with the Department of Primary Industries and Regional Development will be consulting the commercial, recreational and charter fishing sectors, along with aquaculture, environmental groups, local government, traditional owners, tourism groups and the community.

In Western Australia, marine parks are multiple use, allowing for biodiversity conservation and cultural activities alongside a range of commercial and recreational activities including fishing, diving, boating and tourism in appropriate zones.

Management arrangements for the marine park will be developed in consultation with a Community Reference Committee, informed by Sector Advisory Groups, to ensure a balanced approach that provides for ongoing sustainable use, including commercial, recreational and charter fishing and aquaculture.

Former WA Minister for Emergency Services; Corrective Services, Francis Logan has agreed to be the chairperson of the Community Reference Committee, with expressions of interest for membership of this committee to be advertised shortly.

DBCA will seek to work closely with traditional owners in the planning process with a view to joint management of the marine park with DBCA when it is formally established.

Stakeholders will be consulted throughout the planning process which is due for completion in February 2024.

People can get involved in the consultation process and stay up-to-date by visiting https://www.dbca.wa.gov.au/south-coast-marine-park and signing up to the newsletter.

Western Australian Environment Minister Amber-Jade Sanderson advises "Our south coast is globally recognised for its diverse marine habitats, plants and animals, with many species occurring nowhere else in the world, which is why it is so important for these areas to be protected.

"Marine parks can help to increase the resilience of marine ecosystems against pressures such as pollution, climate change, overuse of resources and marine pests.

"I would like to thank Francis Logan for agreeing to lend his considerable expertise to the role of Chair of the Community Reference Committee."

"Only by supporting the coexistence of valuable commercial fisheries with protected marine ecosystems can we ensure the long-term sustainability of both recreational and commercial fishing experiences into the future.

"Genuine engagement with our aquaculture, commercial, recreational and charter fishing sectors is planned through an extensive engagement process, and the State Government is committed to undertaking meaningful consultation with traditional owners, the fishing sectors and other stakeholders."