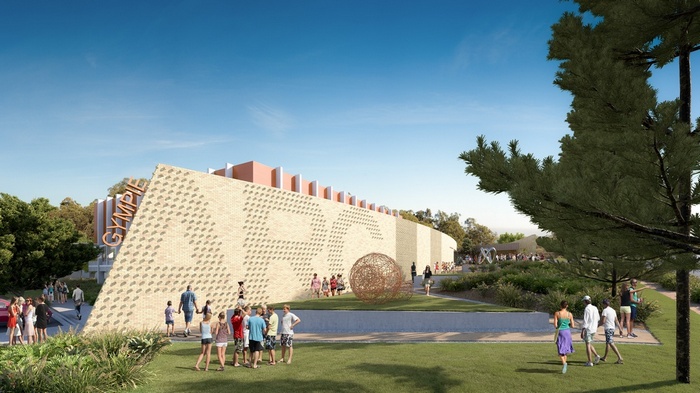 To known as the Gympie Aquatic Recreation Centre, the facility will include a 50 metre outdoor regional competition pool, a 25 metre heated indoor pool, a leisure pool/splash pad, a children’s activity zone with tipping bucket, and dual water slides.

A breaking ground ceremony for the facility at the end of January was attended by Gympic Mayor Mick Curran, Deputy Prime Minister Warren Truss and Queensland Deputy Premier Jackie Trad.

Speaking at the opening, Deputy Prime Minister Truss commented on the significance of regional pools in Australia, stating that Australia's interest in swimming pools came about in 1956, after the Olympics, when Australia did well in the swimming.

He explained “every town in Australia wanted what was then called an Olympic pool, such as Gympie's memorial pool.

"But they are no longer adequate and have all reached their use by date.”

For more information go to www.gympie.qld.gov.au/aquaticcentre