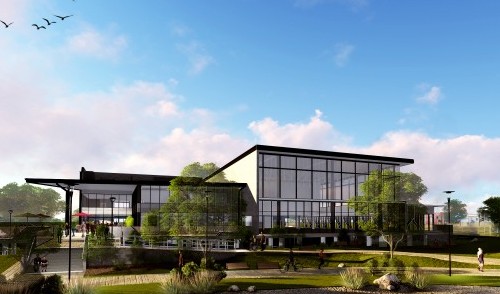 The first stage of the much anticipated Sunshine Coast Community and Sports Club will commence construction before the end of the year following $5 million funding from the Federal Government’s Community Development Grants Program.

Director of the Sunshine Coast Community & Sporting Club Ltd Darryl Van De Velde said the first building, to be known as The Sports Hub, will provide an inclusive, multi-purpose, regional sports and community hub which will be of national significance.

Van De Velde stated “we are delighted to receive the Australian Government funding to commence the Stage One building.

“The Sports Hub will be an important asset to the Sunshine Coast and will be open to all users in order to promote active recreation and generate change to ensure positive health outcomes to the lives and lifestyles of the broader community.

“The Sports Hub will operate under a ‘Surf Club model’ where profits will be directed back to local athletes, sporting teams and community organisations including the project’s two main beneficiaries in the Sunshine Coast Falcons and Brothers Junior Rugby Club Sunshine Coast.”

Van De Velde said The Sports Hub would be an important addition to the Sunshine Coast sporting landscape and would complement existing local sporting facilities such as the Sunshine Coast Stadium, nearby sports fields, Lake Kawana and the Kawana Aquatic Centre.

He added “we are pleased to announce that around 80% of the stage one building has already been leased to a number of local operators including Miguel Rojano who has successfully operated a high performance gym in Buderim for a number of years.

“We also have a number of allied sports health and rehabilitation practitioners who have also taken up considerable floor space.

“These operators will be vital for local athletes looking to train in a high performance facility without having the stress of travelling away from home to access these facilities.  It will also be an important training and rehabilitation base for the Sunshine Coast Falcons as well as the many national and international athletes and sporting teams who come to the Sunshine Coast each year."

Van De Velde said he expected construction of The Sports Hub to be completed by mid to late 2018 and planning was well underway for future stages which will include sports accommodation and an administration and recreation club.

Image shows an artist's impression of The Sports Hub.